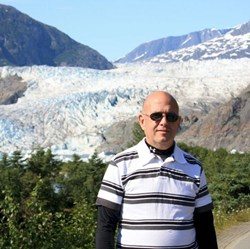 “We are thrilled to have Robert join us as a speaker at this year’s event,” said Luan Cox, Founder of Crowdnetic and Co-producer of this year’s event. “As someone who crowdfunded his first business years before anyone ever heard the term crowdfunding, and grew it to over $1.5 million in annual sales, Robert brings valuable insight to the discussions.”

Additionally it was announced that TradeKing’s Senior Vice President of Technology and Product, Kevin Delo was added to the event as well.

Delo will participate as part of the “How the Crowd Will Transform Wall Street” panel discussion on August 8 from 10:00-10:45 a.m. The panel will be moderated by Luan Cox, CEO of Crowdnetic; joining Delo on the panel will be Douglas Atkin, Portfolio Manager of Guggenheim Partners; Robert Simmons, CEO of CrowdClear & Former

CfPA is an organization which is dedicated to facilitating a vibrant, credible and growing Crowdfunding community while advocating for an industry view versus a single company perspective.