Michigan based Hybra Advance Technology (Hybra) has experienced early success with its crowdfunding campaign for the company’s new product, Sound Band, a wireless headset that does not use speakers.  The campaigns goal was to raise $175,000 on Kickstarter which was quickly surpassed – in just 5 days. Support came from across the globe with the organizers indicating contributors came from 37 countries and counting

“We are over-the-moon excited about the number of people who continue to embrace the campaign. Their ongoing support is enabling us to bring Sound Band to market,” said Ryan Wells, Managing Director of Hybra. “Early indications were that our Kickstarter campaign would do well – in just the first twelve hours, we had received pledges in excess of $28k.”

“The funds from the Kickstarter campaign will be used to move Sound Band into production,” said Mr. Wells. “We are excited by the possibilities that the funding provides. The campaign still has a long way to go, and the more support Sound Band gains, the faster Sound Band will change the personal audio game.” 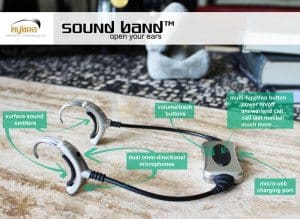 Sound Band markets itself as a long awaited alternative to earbuds.  The tech involved does not use speakers but leverages surface sound to deliver the audio from the headset but still allowing the user to hear other sounds or conversations around you.  The headset is not only for video games but phone calls and other other audio application.

The Sound Band™ Kickstarter Campaign will continue until September 13.  Early backers have scooped up the early bird reward levels where donors could acquire 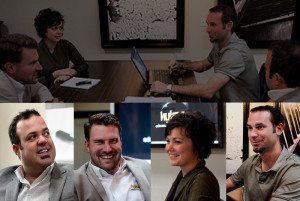 a discounted set of the head sets.  Now to hop in the queue to receive a Sound Band by the scheduled delivery date of December 2013 – you will need to contribute $125.00