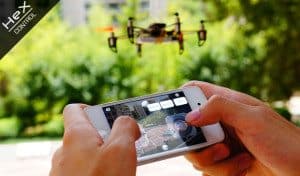 Hex queued up a crowdfunding goal on Kickstarter of $10,000.  The campaign launched just last week on August 26th stands today at over $230,000 raised on Kickstarter.  And they have over 30 days left to go on their campaign.

Who would have thought that a crowdfunding “Nanocoptor” could race so quickly to crowdfunding success.  With the concept confirmed the stretch goals are now in at very achievable levels of $300K, $500K and $600K.

Hex has claimed the title as the “Worlds First Personalized Smartphone Controlled Nanocopter”.  The concept is actually pretty cool.  You can customize your very own Nanocopter by designing your own “shell” which is then printed out on a 3D printer – of course you can use one of Hex’s own shells as well.  The code that it runs on is open source so those so inclined can alter the software that operates the Hex.  Even more interesting is you may choose to 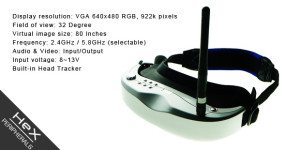 attach a camera and do aerial photography or videography.  With the “Hex Spy Kit” you get First Person View (FPV) glasses allowing you to fully appreciate the view.

Of course the Hex controls are available for iOS and Android so you can fly your nanocopter just using your iPhone.

Some of the shortcomings of the device is the flight time is limited to between 5 to 7 minutes with a range of only 50 Meters (it uses Bluetooth 4.0).  Not certain how high this thing can go.

So the Hex is scheduled to start manufacturing  in mid-November with initial ship dates starting in December 2013. Reward levels are pretty accessible with the most popular level currently at $49 for a Hex Carrier set.  If you want the 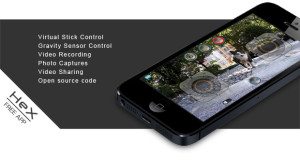 whole “Hex Spy Set” shebang that will set you back $469.00 but then it does include a 5.8G video transmitter along with the First Person View Glasses (FPV).

If they hit the stretch goals the additions include: 1st – Intelligent control improvement to the control App; 2nd – a higher resolution WiFi Cam; 3rd – a GPS enabled Hex.  Check them out on the Kickstarter update page.

The Kickstarter campaign is being managed by Ben Black an undergraduate at the University of Southern California who majors in Computer Science.  He did a summer internship last year in China working for Hex and now – here he is today working on really exciting crowdfunding campaign.  The company was co-founded by Arnab Bhadury. 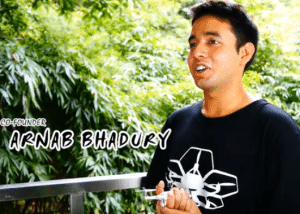 The campaign ends on October 10th so you have plenty of time to decide if you want to support this campaign.  But if you want to receive prior to Christmas – this is your chance.