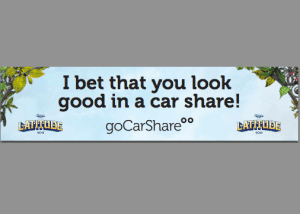 goCarShare is a marketplace for empty car seats.  Everyday there is an estimated 38 Million empty car seats travelling around Britain.  goCareShare wants to solve this dilemma of empty car seats, high prices for gasoline and the inconvenience of public transport by allowing “like minded people” to share their journey while saving money.

The company recently listed on Seedrs equity crowdfunding platform and did a successful raise, hitting their goal on September 5th.  Unfortunately during the “standby” period – an automated rule was triggered and the crowdfunding was cancelled.  Seedrs quickly recognized the logic behind the rule was not accurate – it was

intended for an entirely different set of circumstances and has since corrected the glitch and apologized for the inconvenience.

goCarShare is offering 7.5% equity in their company for a total amount of £50,000.00.  It appears they have quickly re-captured the bulk of investors who originally funded their campaign and stand at 91% funded as of today with a little over £4,000 to go to hit goal.