AngelList has been testing a new feature called AngelList Syndicates. Synidcates allow accredited investors to pool resources, and the syndicator can charge a carry for value adds similar to many hedge funds and VCs. AngelList explains…

Here’s an example. Sara decides to invest in a startup and asks for a $250k allocation in the company. She personally takes $50K of the allocation and decides to syndicate the rest. She shares the deal with investors and specifies that she is charging a 20% carry on the remaining $200K of her allocation. Sara’s capital and her co-investor’s capital is pooled into a $250K fund which invests in the startup.

Sara’s co-investors pay carry for her access, governance and value-add. She sourced the deal and used her judgment to select the investment. She manages the fund and provides oversight for her co-investors’ capital. And she provides ongoing value-add to the startup.

Investing in Sara’s syndicate is very much like investing in a VC fund, except Sara is personally providing a much larger portion of the fund than VC’s typically do. And Sara is getting paid carry for her work, just like VC’s do. 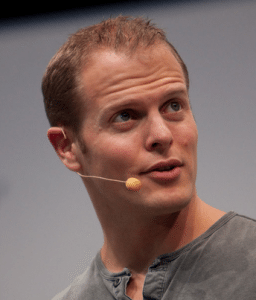 Tim Ferriss is a big crowdfunding fan. He penned the popular post on hacking Kickstarter and was also involved in Rally’s Series A. He’s also a popular public figure. His Four Hour books have sold millions of copies.

Yesterday Ferriss took to his blog to advertise an investment opportunity in Shyp, a company that won a contest on his web site. Shyp was weeded out of a pile of over 400 applicants. Some interesting outcomes…

There is an old adage; When investing, invest in the team. This is perhaps the first example of how that adage is poised to take on an entirely new meaning in the wake of general solicitation’s legality. Tim Ferriss is a well-trusted figure in many circles, and now he has a mechanism by which he can invite other investors to invest alongside him. Furthermore, he can charge a fee to do so.

He may not be running the startups he’s funding, but he definitely brings a lot to the table in the way of resources, insight and exposure.

In a way, Syndicates can turn the Tim Ferrisses of the world into boutique fund managers. It’s a powerful concept. In related news, the $250,000 investment closed in no more than six hours.

Of course, investing is risky and there is no guarantee that Ferriss (or anyone else for that matter) will be good at choosing investments wisely. He warns on his blog that investors “shouldn’t invest anything you’re not comfortable kissing goodbye.”