Even with Title II the gap between US and UK Crowdfunding remains wide (for now).

The media has been all over Title II of the JOBS act and the effect this will have on crowdfunding given that those seeking to raise funds are now able to solicit investment from accredited investors which should have levelled the playing field a bit more between UK and US based equity crowdfunding sites but actually may have made the divide a little further.

Prior to this change investors in both countries could simply self-certify as either sophisticated (in the UK) or accredited (in the US).  While both countries still allow for self-certifications, in the US the onus for verifying accreditation has now been placed squarely on the companies seeking funding leading many to require proof or risk a downstream backlash from investors who later turn out to be un-accredited and claim to have been sold / mislead on what they were getting into.

For the time being, the UK has a slightly more relaxed approach to handling the certification and to where the blame is put down the line if it turns out the investor is not actually sophisticated.

Speaking about regulation is not the main point of this missive.  Even if regulations were identical (which they will eventually approach) there are a number of initiatives taking place in the UK which keep the UK on the cutting edge of equity crowdfunding and will ensure that the proportion of the population involved in equity crowdfunding will remain higher than that of the US.  I use proportion here as the size of the US Market is roughly 5x the UK market which would make comparing on absolutes a bit lopsided.

With that in mind, here are a the top 3 reasons the UK will continue to lead:

While the US has flirted with tax incentives in the form of reduced capital gains tax on early stage venture investments and even reduced capital gains on these investments to Zero for a short period of time as a part of the Small Business Jobs act of 2010, the UK governements Enterprise investment Scheme (EIS) and Seed Enterprise Investment Scheme offer not only Capital Gains Reductions but also tax liability reductions and loss relief in the event that the start-up fails.  For investors who don’t owe capital gains, the SEIS relief can cover over 70% of the investment meaning investors are only at risk for 30% of what they put up. 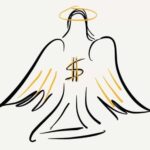 The UK Business Angel Association sticks Angel Investment in the UK at roughly £850 Million per annum.  In the US the figure has surpassed the $20 Billion mark and is continuing to grow.  Where most would look at this as a negative, for crowdfunding this is actually a positive as there is a large unfilled need for seed capital which can be filled by the crowd.

Now this point is contentious but worth mentioning.  Companies in the UK have had a longer time to get it right and will be able to export their more refined models to the rest of the world more quickly than those in the US.  Even as we speak many of the big names in the UK are receiving authorisation to operate in many EU countries and it’s just a matter of time before we see intra-EU investment rounds being completed.

Though a UK only company may not be able to take on the US market, a company with experience operating in multiple EU, and potentially beyond, countries will stand a fair chance.

For these reasons the UK platforms will continue to lead – at least in the short term.  What the long term holds is unfortunately anybody’s guess but I’d like to think that there will be a bit of consolidation and potentially even cross country/platform collaborations which would act for start-ups much in the way that a public company might choose to list on multiple stock exchanges.  I’m happy to open a dialogue about any of the points above so feel free to leave a comment. 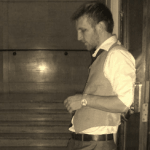 Tom Britton is CTO at SyndicateRoom an equity crowdfunding platform that provides investors with the opportunity to invest alongside experienced business angels.  Born in Los Angeles, Britton completed his MBA at Cambridge where he focused on developing start-ups.  The company currently is operating in the United Kingdom only but is looking to partner in other markets.