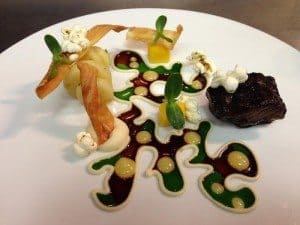 We recently wrote about Travail, a restaurant in Robbinsville, Minnesota that aimed to bring fine dining food to the masses. Well, their round has just closed on Kickstarter to the tune of over $255,000. It is a huge windfall for the restaurant, which will use the funds to open a new – and larger – location just down the road from their current one.

They’re also going to be buying some pretty cool gear. Secrets of the City reports that the cash will help Travail net a new anti-griddle, a rotary-vacuum evaporation system and a freeze-drying machine. Basically, they’ll be one step closer to having a gastronomic laboratory as much as a kitchen.

So, why did this campaign work?

Kickstarter backers will be interacting with the restaurant in a variety of ways in the next year or so. Now Minnesota has two Kickstarter-powered fine dining restaurants! Wild.