Assetz Capital, a fast growing Peer-to-Peer lender which has completed £5 Million in loans in their first 6 months, has commented on the FCA’s Consultation Paper on crowdfunding which was released yesterday.  Assetz notes the proposal could force out a significant number of providers but feels their company is well positioned to thrive. 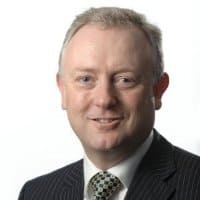 “The FCA’s planned regulation will make the industry far more credible, and could wipe out a significant number of per cent of P2P lenders in the process.”

“Well-established, credible peer-to-peer firms will have no problems in adapting to the new regulations, and I’m confident that we meet or exceed the recommendations already. However, I expect that many small, recent P2P lending platforms won’t survive regulation – it’ll be an enormous drain on resources and a very tough process for them, but such guidance and rules are necessary to strengthen the industry further, increasing consumer confidence in the process.”

“Moreover, expect to see consolidation in the industry as large, well-established platforms buy up smaller companies which would otherwise be at risk.”

Law reflected on what the proposed rules would mean for P2P firms:

“In simple terms, the main recommendations for P2P lending platforms are that they keep enough capital to ensure that they remain viable, have a plan in place so that loans continue to be paid to lenders if the platform ceases to operate and follow strict rules when holding client money to make sure that it’s not misused.”

The FCA Consultation Paper addressed both equity crowdfunding and the booming Peer-to-Peer lending category.  Comments are currently being solicited with implementation expected in April 2014.