Small HDMI screens are expensive. Native HD ones are astronomical. We want to drive the price down “Raspberry Pi” style.

When Alex Eames of RasPi.tv wanted to solve a pain point for Raspberry Pi owners, he decided to turn to Kickstarter to seek funding for the crowd.

The Raspberry Pi is a small form factor computer that has become extremely popular with makers and tinkerers in the wake of the “Internet of Things” movement. The problem is that finding a small, affordable and portable HD monitor for the Raspberry Pi is tough. In order to alleviate that problem, Eames has teamed with Dave Mellor of Cyntech Components to bring the HDMIPi to market.

The HDMIPi promises to be a 9″ monitor that sits somewhere between 720p and 1080p HD resolution at 1280×800 pixels. It is currently available on Kickstarter starting at a pledge level of £75.

The Kickstarter campaign for the HDMIPi was seeking £55,000 in funding. With 22 days to go the campaign has already amassed over £140,000 from over 1,500 backers. The crowd has spoken and they want the HDMIPi to be a reality. 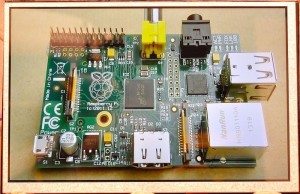 The campaign page outlines the process of prototyping and testing the monitor. The end goal is to make a controller board that can connect to a Raspberry Pi without adding a lot of bulk to what is supposed to be a small package. The ultimate goal is to build a case that can hold a Raspberry Pi, the HDMIPi controller board and a battery. It would essentially make for a pocket PC with full HDMI support. Crazy times we live in.

Delivery has been estimated for February of 2014.