What did you do when Google killed Google Reader, much to the chagrin of many of the service’s fans? Jacob Cook declared war.

Well, not literally. What he did do was begin to work on arkOS, a Linux-based operating system that aims to replace all-knowing and all-seeing services like Google Apps and Apple iCloud. When installed on a Raspberry Pi and connected to your home network, an arkOS installation can host a user’s email, web sites, files and more.

It is part of the CitizenWeb project, which aims to promote a “free, secure, & decentralized Internet for everyone.”

arkOS is an open-source platform for securely self-hosting your online life. It is designed to help its users take control of their personal data, and to make running a server as easy as using a desktop computer.

Cook has launched a custom crowdfunding campaign accepting pledges via Paypal, credit card and Bitcoin in hopes of affording himself the opportunity to work on arkOS full-time. At the time of writing the campaign has raised over $18,000 from 400 backers, 41% of a $45,000 goal.

Cook has secured some pretty impressive press in light of the launch of his campaign. He was recently profiled in publications including VentureBeat and ComputerWorld Australia among others. 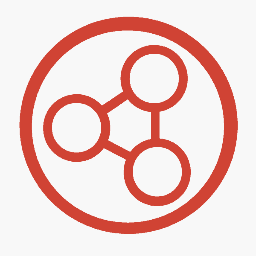 arkOS’ central utility is called Genesis. Genesis is an application that interfaces with software running on your arkOS node and allows you to modify it with a easy-to-use and intuitive graphical interface. You have instant access to your decentralized web presence, hosted from home and kept off the “cloud.” Simply install the right plugins for the features you want in Genesis and it takes care of the rest. Genesis uses an extensible framework, meaning additional tools can be made to work with it, and installed/removed in a modular fashion. Genesis is a work-in-progress, originally forked from a prior project Ajenti.

The project is open-source and all of the code is hosted on Github and free to the public. In light of this, the actual OS is not available as a reward. It’s free. However, backers can secure rewards including t-shirts and a Raspberry Pi case signed by Cook.

Some detractors have expressed doubts over the need for this system. It stands to note that arkOS in the home relies on a home internet connection for availability. For many users that may be untenable, but Cook has an answer to the problem. He is working on making arkOS compatible with Virtual Private Server (VPS) environments, so theoretically an arkOS install could live on the same types of environments used to host web sites today.

Of course, all of this raises a question about security. In a post-Snowden world, expectations seem to be that Big Brother is watching Internet connections around the world. In short, there are doubts that any data transmitted over the web is safe from prying eyes anymore. Of course, this isn’t exactly what the campaign is about. This is more about taking on Google than the NSA.

The Raspberry Pi is a small form factor computer that has become increasingly popular among makers, hackers and tinkerers. It is also a popular basis for many crowdfunding campaigns. We’ve reported on Raspberry Pi-focused campaigns including the HDMIPi portable monitor, the RAPIRO robot and the BrickPi for LEGO enthusiasts.