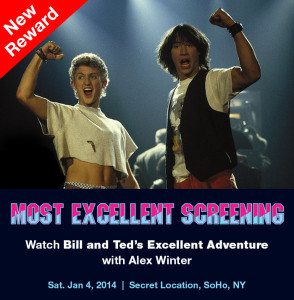 Alex Winter, famous for his character in Bill and Ted’s Excellent Adventure, the Lost Boys and more, is crowdfunding a film on Kickstarter and the campaign has some really Excellent rewards.

Deep Web: The Untold Story of Bitcoin and The Silk Road, is a documentary for the times.  Winter is doing a deep dive into the darkest recesses of the internet.  Bitcoin has been all the rage of late as investors have piled into the virtual currency which will most certainly end in a spectacular crash (but the ride can be fun while it lasts).

Sure we all know about The Silk Road which has recently been in the press do to the high profile arrest of Ross William Ulbricht when the FBI reportedly shut down the cloaked Silk Road sites.   Of course now it is alleged that Silk Road 2.0 is up and running in the ether world of the internet, propagating all sorts of nefarious acts.

As the crowdfunding campaign claims, the Deep Web accounts for 96% of the internet – so most of us never encounter the many un-indexed – Tor server based forums and sites where criminals lurk and laws are flaunted.  Winter is correct – this story has really never been told and he is determined to do the job. 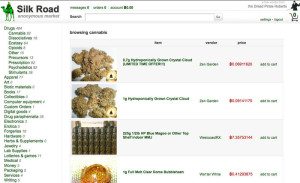 Crowdfunding on Kickstarter, Deep Web is looking to raise $75,000 by December 20, 2013.  Winter and his team are already a good portion of the way there having crowdfunded over $25,000 to date.  The film – if funded – is scheduled for release in early 2015.  To encourage potential backers to support the crowdfunding campaign Winter has come up with some pretty cool rewards including a “Most Outstanding Bill and Ted’s Screening Party”: 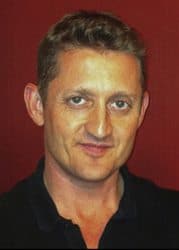 You wanted it. We’re going to do it! I will invite you to a SoHo apartment in New York City on Saturday, January 4th where we will watch Bill and Ted’s Excellent Adventure together (Travel to New York Not Included).  Estimated deliver January 2014.

That’s a pretty amazing perk for fans of Bill and Ted’s Excellent Adventure.  You get to hang out and watch the film for only $200 – or more.  No word if Keanu is going to show up.

There are multiple other rewards which are pretty hot too – so if you are not able to swing by his apartment in Soho on the 4th there are plenty of other opportunities to support this film.  So far 413 backers have given to this film project.  There is still plenty of space for the party in Soho but you should hurry up.

Winter recently did another documentary called Downloaded which received some recognition with positive reviews. Winter has experienced a pretty successful career as a young actor.  He attended NYU Film school and has gone on to direct and produce multiple successful projects.  He also continues to act.  Winter now operates Trouper Productions which is a full service production company based in New York City.  Downloaded, a feature documentary about the digital revolution which includes interviews with the founders of Napster among others,  is expected to be released on VH1 in 2014.  Deep Web is expected to be released in 2015.