He compiled statistics from 45 crowdfunding-related companies, representing $866 million in investments. Of that $866 million, almost 80% of it was invested in platforms focusing on lending and debt. 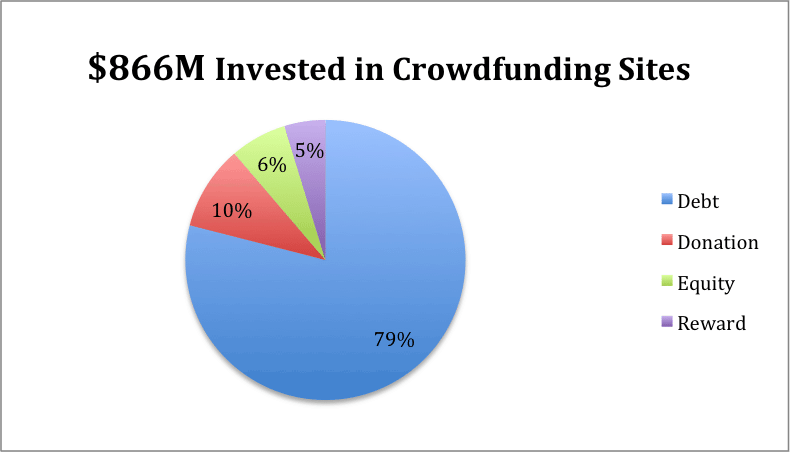 Feldman also provided the following chart showing venture capitalists, angels and accelerators and the companies they have funded. All of the following players hold a stake in at least three crowdfunding-related companies…

Lending Club recently announced that they are on pace for $2 billion in loan originations in 2013. In short, P2P lending is extremely disruptive and growing quickly. Lending-based crowdfunding deals also have a more tangible exit than equity-based crowdfunding deals as of now, which may serve to attract a lion’s share of investors early on. This will be a trend to keep an eye on into 2014.