Crowdfunding super-star Pebble Watch, the smartwatch that started it all, has tipped their hat to more tech coolness which they are gearing up to share at CES, on Monday, January 6, 2014 at 11AM PT (2PM EST).  Team Pebble has been kind enough to allow those of us not able to attend the Las Vegas tech love-in to watch the live stream of their big announcement on their web site this Monday.

None other than Pebble Watch creator and CEO Eric Migicovsky will be proclaiming what his smartwatch elves have crafted for 2014. 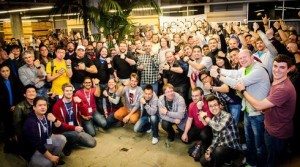 As most everyone knows by now, Pebble raised a gigantic $10.2 Million on Kickstarter in 2012.  The company went on to raise another $15 Million from VC’s giving the company enough fuel to power into 2014 and beyond with a complete arsenal of new tricks.  During this time Samsung managed to announce their own version Smartwatch which landed on shelves with an incredible thud sound as most discerning techies ignored the electronic giants first swing at wearable tech.  Apple continues to dither on their much rumored but still vaporous “iWatch” 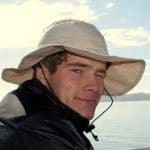 .  This has left a clear path for Pebble (and some other competitors) to lead the way to the future.  So what are we expecting from the big announcement?  Clearly V2 Pebble is on it’s way.