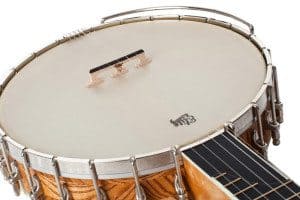 Privately owned Great British Banjo Company, based in Norwich, Norfolk, UK, which crowdfunded on Kickstarter last year has announced their successful crowdfunding campaign has led to the creation of several new jobs.  The company claims to be the “first affordable banjo to be manufactured in Britain for more than 60 years”.

The company has appointed a full time ‘Banjoneer’, Geoff Ransome, and a part-time PR and social media expert.

Ransome, who is a trained classical guitar luthier, and who has also run his own guitar making business,  is leading the development and production of the company’s Shackleton banjo, alongside company founder Simon Middleton.  He has a BA in Fine Craftsmanship and Design, and did his specialist lutherie training at Newark College, one of the UK’s leading instrument technology institutions.

Jess Shanahan has been appointed part-time PR and Social Media for The Great British Banjo Company, through her consultancy Jet Social.  Shanahan, who is an established social media expert and a popular blogger on Norfolk topics, will be leading the company’s campaign to raise its profile amongst potential customers. 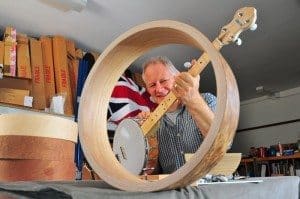 “We set out to create employment with our company, and these first appointments have happened ahead of schedule. We’re very excited about the level of interest in our British-made banjos and we look forward to creating more jobs soon.”

The kickstarter crowdfunding campaign centered on the company’s Shackleton Banjo. The project generated 150 advance orders and created worldwide media interest. The company will deliver its first Shackleton Banjos to customers next month, and will introduce further models in 2014, including a limited edition Centenary Shackleton banjo marking the 100th anniversary of the start of Shackleton’s Endurance expedition.