If first you don’t succeed…

In a brief but much needed comment letter, dated January 16, 2014, the Office of Advocacy (Advocacy) of the Small Business Administration (SBA) asked the Securities and Exchange Commission (SEC) to revise and resubmit for public comment the “Initial Regulatory Flexibility Analysis” (IFRA) portion of the proposed rules it released on October 23, 2013 pertaining to Title III of the JOBS Act -the portion of the law that addresses popular crowdfunding.  The comment letter was signed by Chief Counsel for Advocacy Dr. Winslow Sergeant and Dillon Taylor, Assistant Chief Counsel Advocacy.

Referencing the little known “Regulatory Flexibility Act” (RFA) which compels administrative agencies to consider the impact of their rulemakings on small businesses in the IFRA section of their releases, Advocacy stated that;

Advocacy went on to request that the SEC republish a supplemental IFRA and for an additional public comment period before proceeding with the final rules. The RFA also mandates that the SEC must give appropriate consideration to comments provided by the Office.

Only 2nd Time in Five Years Office of Advocacy Has Submitted Comment Letter to SEC on Proposed Rules. 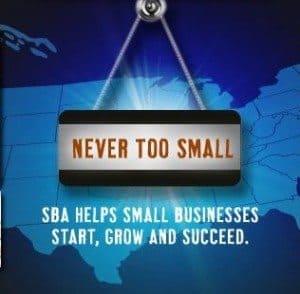 Notably this is only the second time in the past five years Advocacy has submitted a comment letter to SEC proposed rules, the other letter being the comments submitted on September 12, 2013 in response to rules proposed under Title II of the JOBS Act which addressed “General Solicitation”.

Advocacay prepared the most recent comments after conducting a series of roundtable discussions involving small businesses and participants in the crowdfunding industry. In a recent roundtable I attended on January 15, 2014, participants included securities attorney and Crowdfund Insider Columnist Sam Guzik, who presented a summary of the proposed regulations. Leaders of small business organizations, representatives of government agencies (such as Treasury and the SEC as well as Congressional staffers) funding portal operators and other service providers to the crowdfunding industry participated in the event. The discussion that ensued highlighted many of the challenges seen as “sticking points” and potential “deal breakers” to the viability of Title III Crowdfunding.

Many of these issues were addressed in the comment letter provided by Advocacy including the onerous disclosure requirements,   most notably the requirement of audited financial statements for crowdfunded offerings over $500,000. This proposed rule is one of the most detrimental provisions of the rules and much discussion has already occurred regarding the burdensome costs of requiring a full blown financial audit.

SEC Has Discretion to Alter Aspects of the JOBS Act

Advocacy noted the excessive costs, but omitted the point that an audit of a start-up company with little or no revenue is of no use to a potential investor, and if we look at the venture capital model, often companies are asked NOT to prepare audited financials, as potential investors see it as a wasted expense with little or no value and would prefer their investment dollars spent to fund operations and not to pay accounting firms. Advocacy did nail the point that the SEC has discretion under the JOBS Act to raise the ceiling on when audited financials are required. If raising the requirement to $1,000,000, the current cap on a Title III raise, there exists the possibility of eliminating the requirement entirely.

Advocacy also addressed the nonfinancial disclosures required in the proposed regulations including; requiring the names of each 20% owners, description of the issuer’s business, issuer’s business plan, number of employees, risk factors, use of proceeds, among other items. It is this author’s opinion that if you want people to give you money you should want to tell them those things, just maybe not to the level of detail the SEC currently proposes.  People should know about your business, what you plan to do with their money and how the offering is going to work.

The big issue that Advocacy overlooked, however, is the continued disclosure requirement, which as currently proposed requires the same level of disclosure (including audited financial statements) updated and provided on an annual basis for as long as the crowdfunded securities remain outstanding. This is very costly and when analogized to other exemptions, such as Regulation A, completely incongruous.  Under Regulation A an issuer can raise up to $5,000,000 and once the offering is completed is not required to produce any further disclosure, ever. Why then for a much smaller offering should an issuer be subjected to a continual disclosure regime?

Changes Needed for the Industry to Succeed

Finally Advocacy discussed the issue of crowfunding portal liability. And for anyone who wants this industry to actually succeed, it was preaching to the choir.

This is an area where the regulations are internally conflicting and set up a no win situation for crowdfunding portals. Under the proposed regulations, the portals are subject to the same standard of liability as an issuer for any misstatements or omissions in the offering materials or in the process of the fundraise.  Yet funding portals are not allowed to prohibit companies from using their site or curating the deals based on subjective criteria such as “feasibility of the company.”

Advocacy also highlighted the disadvantage of funding portals versus broker-dealers who are able to curate and can prohibit certain companies from using their site. This is completely contradictory to hold someone accountable for the actions of others but not allow them to screen those actions or participants. 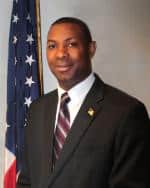 The Office provided suggestions to the SEC including

These comments were on point and it is meaningful to have them put forth by the Office of Advocacy, whose statutory responsibility under the Regulatory Flexibility Act is to protect small business from unduly burdensome federal regulations. This also serves as a reminder to anyone out there who cares about this industry to get your comments in.

Whether the SEC will go back to the drawing board remains to be seen. With the proposed rules already behind schedule along with an already extended comment period, there is the possibility that the SEC would just finalize the rules and provide some certainty for the industry which has been waiting to move forward.

I think it is most important to get the rules right, because once they are final the SEC won’t necessarily get a redo.

Georgia P. Quinn, a senior associate in Seyfarth Shaw LLP’s Corporate department, has spent her career representing public and private companies and investment banks in a wide range of capital markets transactions, including registered offerings and private placements of debt, equity, and hybrid securities. Over the last year, Ms. Quinn has led Seyfarth’s Crowdfunding Initiative, helping clients stay at the forefront of the enacted and proposed SEC regulations. Georgia has conducted webinars, presented to the New York State Bar Association’s Securities Law Section and the Business Law and International Sections, has been featured on Crowdfund Insider and has been invited to chair a panel on Crowdfunding for the American Bar Association in April. Clients also regularly engage Georgia in significant transaction negotiations, merger and acquisition transactions, reorganizations and SEC and FINRA compliance and reporting obligations.  All views and comments above are strictly her own views and do not reflect the opinion or position of Seyfarth Shaw.