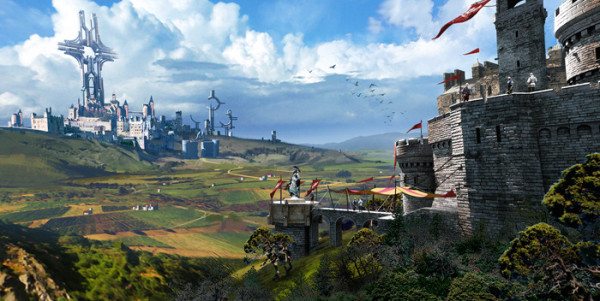 Yasumi Matsuno has teamed with California-based Playdek on a tactical RPG entitled Unsung Story: Tale of the Guardians. It’s kind of a big deal.

Matsuno is a huge name in video games with titles like Vagrant Story and Final Fantasy XII under his belt. He has developed the storyline and scenarios for Unsung Story, and Playdek is now charged with bringing it to life. (Hardcore Gamer was quick to point out the extent of Matsuno’s involvement.)

First, Playdek is turning to the crowd for cash and to gauge interest.

They’ve set a $600,000 goal and have already raised over $300,000 in three days. The goal may be trivial here shortly as word about the project gets out. Playdek has already laid out stretch goals up to $3.2 million.

In addition to Matsuno’s involvement, one of the stretch goals (at $1.3 million) would bring in Hitoshi Sakimoto as lead composer for the game. He has composed soundtracks for over 70 games including Final Fantasy XII.

So, there’s a lot of star power rolled up in this campaign. We’ll see if it translates into a big raise. The campaign ends on February 14, 2014. Here are the stretch goals… 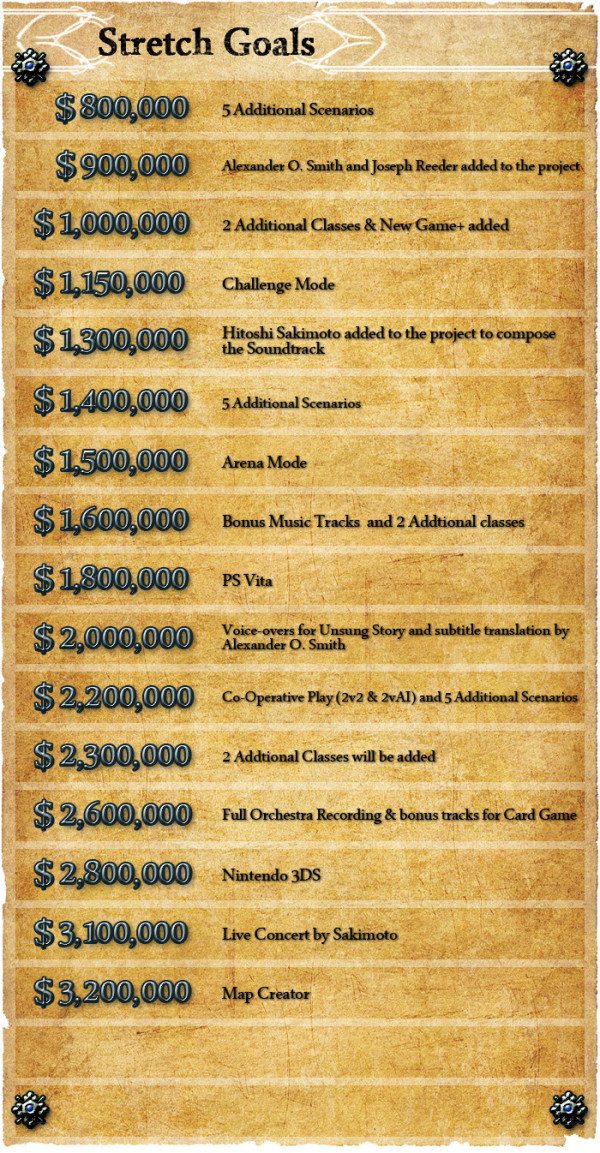