TheCHIVE is a hugely popular web site organized around sharing all things good in the world. You may have seen their ubiquitous KEEP CALM and CHIVE ON shirts adorned somewhere near you. If you didn’t know what they were, now you do!

One local faction of Chivers in Ottawa organized at the unofficial ChiveNationOttawa.com is using crowdfunding in an effort to make the world around them better. It was the subject of a recent piece in the Ottawa Citizen, and thus far the group has raised over $100,000 thus far for those in the Ottawa area that find themselves in need, and of course they announce their successes in a typically Chivey manner. 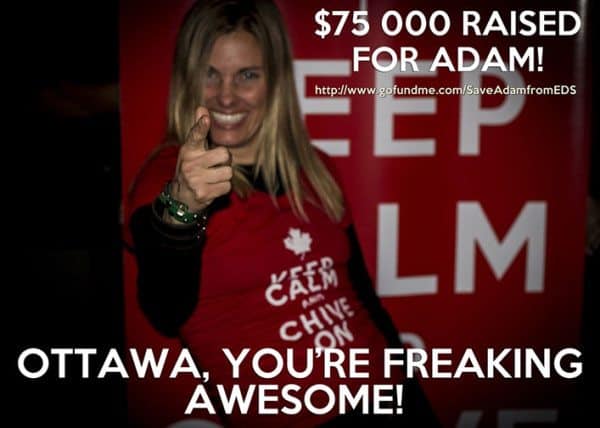 So why does this matter? Because theCHIVE is one of the most popular web sites in the world with a current global Alexa ranking of around 670, and if this were to start happening on a macro level it could be enormous. It’s one of the big opportunities I cited at last week’s Global Crowdfunding Expo.

AngelList Syndicates were the first incarnation of the idea of organizing funding around affinity, but if a site like theCHIVE made crowdfunding a part of their every day it could be huge, catalyzing massive amounts of participation and driving funding toward causes that truly need the support.