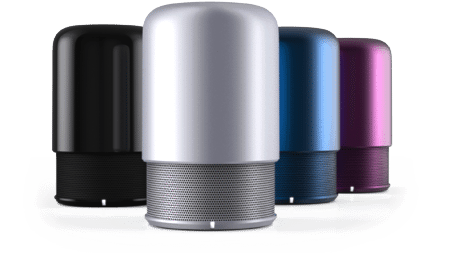 Crowdfunding on Kickstarter, HiddenRadio2 – a bluetooth speaker – has closed their funding round after raising $720,991 from over 3600 backers.  The company founded by two industrial designers, John Van Den Nieuwenhuizen and Vitor Santa Maria, blew away their crowdfunding goal of raising $90,000.  This was the second time the pair had used this form of funding as their first version bluetooth speaker raised over $938,000 back in 2012.  While the campaign experienced a decline in the amount of backers and funds raised compared to their initial campaign on Kickstarter,  this still is a significant success for the project.  The initial funding goal for round 2 was beaten in just the first few hours of the campaign. 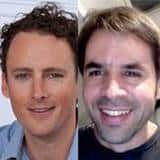 The first version HiddenRadio positioned their speaker as a stylish yet simple device that easily integrated with any bluetooth connected device such as an iPhone or iPad.  The independent company contrasted their product with speakers like the popular Jambox.  HiddenRadio even captured a prestigious iF award for design and was available for sale in the design focused SF MOMA. 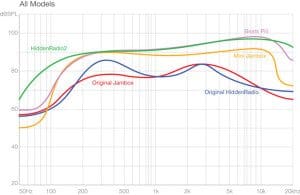 The first version suffered from some deficiencies such as a difficult location to connect the mini-usb for charging and entering a market just when numerous competing products were jumping in.  Delays on shipping, typical for many crowdfunding campaigns, did not aid their position in an increasingly competitive market.  At lease one review indicated the audio quality was not up to the task for the original version speaker.

The HiddenRadio2 has promised to rectify all of these issues. The new speaker was totally re-engineered on the inside while maintaining the basic yet elegant design.  The designers wanted to deliver best in class audio – contrasting with other bluetooth speakers in the market today.  The incorporation of touch controls, added speaker phone capabilities and inclusion of 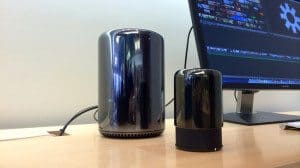 [email protected] is set to ship June 2014.  Early bird backers received a speaker at a price of $119.  It is expected the pretail campaign will quickly migrate to preorders with the speaker retailing at $149.