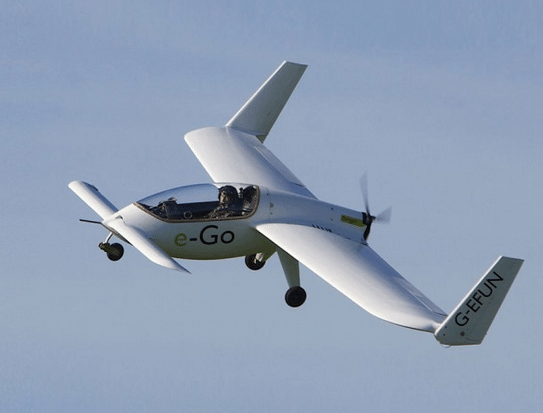 Investors have contributed over £650,000 into the first British company to design and build a new type of aircraft in decades. The makers of the e-Go aircraft has attracted a solid level of investment via the crowdfunding platform, SyndicateRoom. Backed by serial tech investors, Herman Hauser and Marshalls of Cambridge, the project has secured over £650k of its funding target in less than a month.

The e-Go has taken Formula One racing car technology and adapted it into an elegant aircraft design.  The e-Go aircraft is expected to go on sale in the UK and US and cost in the region of £50K

Its international team of engineers has designed a low cost, ultra-efficient single seat aircraft for the private pilot market.  The e-Go prototype made its maiden flight on 17th October 2013, and the aircraft is due to go 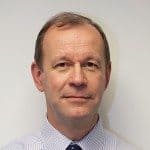 into production in late 2014. It uses a lightweight, British-built rotary engine capable of delivering 60mpg on ordinary petrol. As the aircraft weighs less than 115kg, it is exempt from Civil Aviation Authority certification, but would-be flyers still need to hold a Private Pilot’s Licence.  The Civil Aviation Authority recently relaxed the red tape involved in allowing an aircraft like this to go into production.

The company, which secured over £550K from professional investors when it launched two years ago, is led by Malcolm Bird, a former director of one of the most

successful company to emerge from Cambridge’s technology parks – the global silicon chip producer ARM. Its chief designer is Giotto Castelli, a seasoned aeronautical engineer from Italy who was drawn to the UK by its new business-friendly climate.

“Few companies better epitomise the creative brilliance of British engineering than e-Go. Who else could take Formula One racing car technology, adapt it into a beautiful and groundbreaking aircraft design, and then build and test it on a farm in Cambridgeshire?”

“The e-Go aircraft is in the final stages of development, and when it goes on sale its competitive price and remarkable fuel economy will make it a hugely attractive proposition to recreational pilots. A panel of successful professional investors has invested in it already; now everyone can.”

“We are delighted to see such an overwhelming response to the e-Go launch. It shows that investors are championing British innovation and manufacturing, which is a very positive sign for UK Plc.”

“The British aircraft industry was once the envy of the world, and the e-Go shows that for its brightest and best, the sky is still the limit. Investors who are keen to spread their wings – and their portfolio – can buy a piece of e-Go on our platform and join them for the ride.” 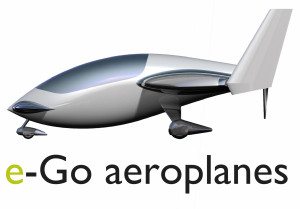 SyndicateRoom is an online equity crowdfunding platform that allows its members to co-invest in startups with seasoned investors. SyndicateRoom was founded by Gonçalo de Vasconcelos, Yutaro Kojima and Tom Britton. Its own lead angel investor and adviser is Peter Cowley.

The e-Go listing on SyndicateRoom is currently overfunded.