The above comment sums up the general tenor surrounding a currently-running Kickstarter campaign for the Soap home automation router. The device’s campaign promises to deliver an Android-based home automation unit that allows the user to control all of his or her at-home digital devices.

The proposal was enticing enough to secure just over $120,000 in pledges at the time of writing, but some are crying foul and funding has abruptly slowed to a crawl.

So what gives? Enter Reddit, where user saironek has a nice breakdown of the details. In short, there are concerns about the team’s capabilities, the cost of the device when compared to the promised specs, the PCB design and more. 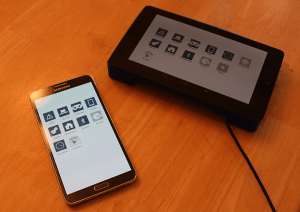 There are also concerns about social reach…

A simple indicator of a fake project might be its Facebook page. Well, lets look at it. Currently, fan page for the Soap has over 3,000 likes – contrasting with 600 backers it currently has on Kickstarter. What is really suspicious is the trend in the Page insights section – most of the followers emerged in a single week at the end of January. To prove my social network theory, I decided to look at the Twitter profile @Im_soap, again with more than 3,000 followers. Using a simple audit done by twitteraudit.com, heuristic algorithms revealed that about a half of the followers are fake accounts. This is not an exact number, but you can be sure that such result points out something rotten in the Soap’s marketing.

All of the smoke around the campaign has some backers ducking out in favor of waiting for the retail unit to hit shelves. One backer called it “insurance.”

We’ve reached out to the Soap team for further comment.