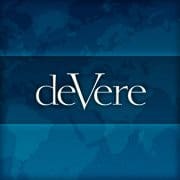 High-net-worth (HNW) investor confidence has surged to its highest level since the global economic crash of 2008, reveals a poll by one of the world’s largest independent financial advisory organizations.

deVere Group reports that 57 per cent of those surveyed stated they were feeling bullish about the investment outlook for the next 12 months. This is an increase of four percentage points on the 2013 poll.

The last time investor confidence levels were higher than this current level was back in March 2007, when 59 per cent of the deVere Group’s high-net-worth individuals said they were feeling bullish in the annual international poll carried out to assess investors’ attitudes to risk for the year ahead.

The 2014 survey also finds that 77 per cent of the high-net-worth investors are “committed to investing more over the 12 months.”

“As this global sentiment survey concludes, there is a growing sense of optimism amongst high-net-worth investors. But as ever, high-net-worth individuals should take nothing for granted. The key for wealth preservation is diversification and the compounding effect of re-investment as a defence against inflation.”

“The overarching upbeat sentiment is, I suspect, as a result of the U.S. economy performing strongly even with quantitative easing being tapered, the eurozone returning to growth, and the UK’s potential of reaching 3 per cent GDP growth this year, amongst other key factors.”

Offering a note of cautionary advice for high-net-worth investors, who are;

“typically and with good reason internationally-minded”, Tom Elliot, the Group’s international investment strategist, adds: “The eurozone is recovering, yet it remains unbalanced, as it is led by the ‘core’ northern economies. That said, we are seeing progress on the structural reforms that the peripheral southern countries need to make in order to regain competitiveness.

“Also there are valid questions over the nature of the economic recovery in the U.S. and the UK – is it built too much on a real estate boom, and not by investment? If so, is the 2000-2008 period repeating itself? Furthermore, can China succeed in its ambition to deliver steady growth of 7.5 per cent, faced with so much commercial debt on its books?” 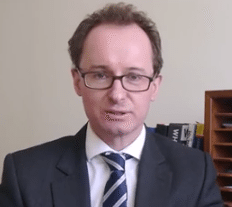 “Even bearing those points in mind, there’s no doubt that, overall, the world looks a safer, more ‘normal’ place now for high-net-worth investors than it did this time last year.”

756 deVere Group clients based in the U.S., the U.K., Hong Kong, the UAE, Indonesia, Japan, Thailand, India and South Africa, who have investable assets of more than $1.5m took part in this year’s poll.