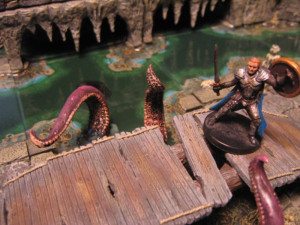 Tabletop game Dwarven Forge’s Caverns is the next crowdfunding project to breach the $1 million mark on Kickstarter.  The project is scheduled to close on April 8 so there is plenty of time for this amount to move higher.  Over 3100 backers have supported this campaign to date with backers quickly scooping up rewards. The highest level at $3000 was sold out with 4 backers.  The original crowdfunding target was to raise $100,000.

This is the second project for the company as they launched a similar project in March of last year.  The game raised over $1.9 million on a $50,000 goal. 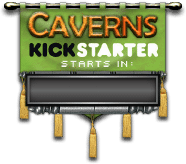 Dwarven Forge was founded 18 years ago by Stefan Pokorny, a medieval fantasy devotee — and an avid Dungeons and Dragons enthusiast. As a classically trained, professional painter and sculptor, Stefan decided to create “real” dungeon terrain that would equal his incredible 25mm tall hero figures. He introduced the world’s finest pre-painted miniature terrain in 1996.  Many individuals view these games as collector items.

Games is the most successful category on the Kickstarter platform having raised just under $200 million in “successful dollars” dollars since the site launched.  Film and video is in the number 2 position at over $167 million in successful crowdfunding.