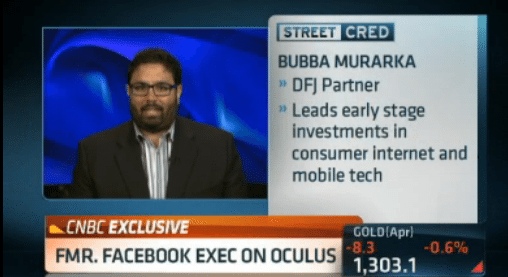 In a video interview former Facebook executive and Draper Fisher Jurvetson (DFJ) partner Bubba Murarka comments on the acquisition by Facebook of Oculus VR for $2 billion which was announced yesterday.

Murarka admits that the move by Facebook is risky but also notes that without taking risk there is little possibility for great return – citing Tesla as a prime example.  He comments on other risky events that have generated sizable returns for early investors.  “Mark is going to reap the benefits or hold the consequences”.