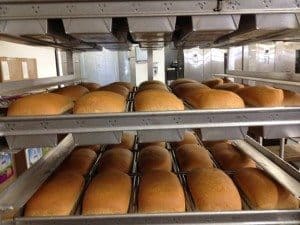 Brooklyn based Spelt Right Foods has won the Grand Prize in FreshDirect’s Next Big Food Thing contest, a crowdfunding contest launched by FreshDirect in collaboration with RocketHub to “find the next food idea, product or innovation that could change the food world.”   Spelt Right produces bagels, breads, pizza dough and snacks with spelt flour.

As the Grand Prize winner, Spelt Right will receive $10,000 and the chance to partner with FreshDirect.

Submitted by Beth George of New York City, founder of Spelt Right Foods, the project is focused on raising funds for continued studies on the growth of spelt, a highly nutritious ancient grain not commonly cultivated due to its tough hull. Through funds raised on the RocketHub crowdfunding platform, Spelt Right plans to continue its collaboration with the University

of Maine extension program for additional studies on the cultivation of spelt, particularly in regard to underutilized farmland in the northeast. These studies would be available to farms seeking a working knowledge of growing this alternative and viable crop.

Beginning in October 2013, the “Next Big Food Thing” challenged entrepreneurs to submit innovative food-related ideas crowdfunded via Rockethub. In November, 15 finalists were announced and proceeded to the crowdfunding period of the contest where they raised money for their projects. The projects raised a collective $70,000+ from supporters.