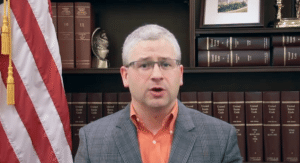 The House Financial Services Subcommittee on Capital Markets and Government Sponsored Enterprises has scheduled a hearing for Thursday, May 1st and the list of witnesses include some well known names in the investment crowdfunding world.

It should be noted that Jeff Lynn, an US trained attorney, operates a very successful equity crowdfunding platform in the United Kingdom.  The platform is open to any and all investors and accepts investments from £10 and up.  The funding amount is not constrained by limitations similar to Title III of the JOBS Act as companies may raise as much as they deem necessary.  In many respects, Seedrs and other crowdfunding platforms in the UK have led global charge in equity crowdfunding.

Benjamin  operates Fundrise a successful real estate crowdfunding platform.  Annemarie has been a vocal proponent of crowdfunding as part of her role at Second Market and William Beaty is arriving from a state that just legalized an intrastate crowdfunding exemption.

The official memorandum announcing the hearing comments on the ongoing delay by the SEC in implementing the JOBS Act rules on Title III (retail crowdfunding) that were required by the statute to be finalized within 270 days of enactment.  That deadline occurred on  January 5, 2013.

The SEC has received more than 325 comment letters but has yet to finalize this rule, which is now morethan 450 days overdue.

In response to comment letters received by the SEC and concerns Patrick McHenry has proffered a discussion draft of legislation that would strike Title III of the JOBS Act, which was added by the Senate, and replace it with legislation that closely mirrors the House-passed crowdfunding title and makes additional improvements.