More than $120,000 was invested into three startups at Norway’s first live equity crowdfunding event, part of the Technoport 2014 innovation conference in Trondheim.

The big winner was stair-assist company Assistep, who raised around $90,000 through their campaign on the FundedByMe crowdfunding platform. Almost $50,000 of that was raised on the night itself from 20 investors, including individuals from Germany and Sweden who were following proceedings online.

The “Shark Tank” style event, hosted by Johan Brand from successful Norwegian startup Kahoot, gave the startups an opportunity to pitch their company to a jury of successful entrepreneurs and investors. They also had the opportunity to exhibit their products and answer questions from potential investors during the three-day conference. 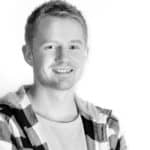 “We got more than we hoped for and now we have a luxury problem as we are oversubscribed. It was a new experience for us all, fun and a great atmosphere.”

“The investment will be used for tooling and production costs for the first batch. It’s a huge step for us.”

This should be repeated 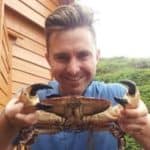 Aleksander Langmyhr, Country Manager Norway at FundedByMe was equally as thrilled with the event:

“I have to admit, the startups raised more than we expected! But the pitches were good and the company presentations on the FundedByMe were excellent.”

“This is definitely something that should be repeated as a series of events held all over Norway. It would enable the startup ecosystem to evolve, making investments in startups available for the public in Norway and it would become an arena for promising startups to showcase themselves.”

“We named the event an experiment deliberately as we wanted to test and showcase equity crowdfunding in the context of our Technoport 2014 innovation conference.”

“There are unique issues facing startups in Norway such as the declining Venture Capital market, so the success of this experiment could be the start of something big.”

In addition to the Live Crowdfunding Experiment powered by FundedByMe, the Technoport 2014 innovation conference in Trondheim, Norway’s technology capital, featured talks and workshops from Liz Wald, Head of International at IndieGoGo.