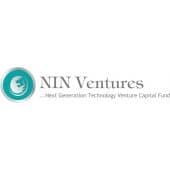 The VC firm seeks to raise $10 Million for its next generation technology venture fund.  While this goal information is public, deal access and detailed financial and investor information remain disclosed only to registered Crowdfunder investors regarding NIN Ventures’ crowdfunding campaign.

Recently reported by Crowdfund Insider, “Crowdentials, an investor verification, Regulation D and equity crowdfunding compliance software provider, announced a partnership with Venture Capital Firm NIN Ventures in mid-May. The partnership came in response to recent legislative changes which require issuers to verify the accreditation status of their investors if the offerings is made via general solicitation and general advertising, permitted by the JOBS Act and Rule 506(c) under Regulation D of the US Securities Act.

“The Crowdentials Investor Verification tool allows for quick and easy verification of an investor’s accreditation status in a seamless, cost-effective way while maintaining investor security. The company’s first to market solution uses the principles-based verification preferred by investors and promoted by the Angel Capital Association.”

On its campaign website, NIN Ventures explains how it sets itself apart from other VC funds. “NIN.VC is one of the first offerings to be made via general solicitation and general advertising, permitted by the JOBS Act and Rule 506(c) under Regulation D of the US Securities Act. We are a first of its kind technology venture capital fund to be marketed, raised, managed and reported online. NIN.VC will invest in early / growth stage path breaking technology companies. NIN Ventures Technology (QP) Fund is now live.”

NIN Ventures cites the “strength of our team, the value of our network, and our funding model designed to reduce management costs creates an unique investment offering. Our management team is centered around Ms. Desai, who is an experienced fund manager and a technology geek. Her experience spans all facets of mergers and acquisitions, and corporate finance including public offerings and private placements across investment banking, private equity and venture capital.”