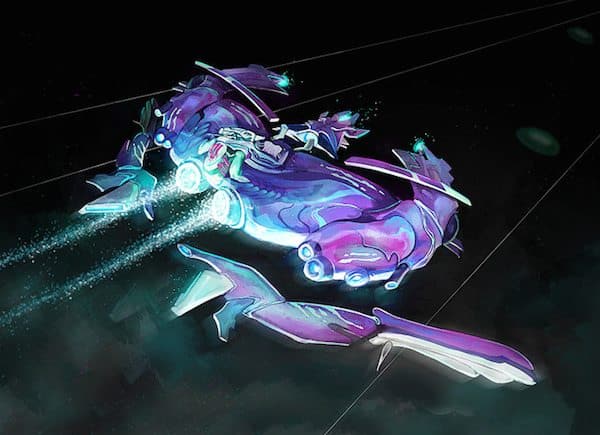 Just a few weeks after the closing of its crowdfunding campaign on Kickstarter, Harmonix announced over the weekend its already hard at work on the new version of the game “Amplitude,” which is set to hit PS3 and PS4 in March 2015.

Art director and project lead of “Ampltiude” Ryan Lesser released more details about the project, including music samples from designer Pete Maguire. The game will feature a soundtrack that aims to be an “electronic based feel with tons spanning dark and moody to bright and bouncing.”

Also sharing details about the game’s graphics, including the “Beatblaster” concepts, Mr. Lesser noted, “We haven’t yet honed in on a specific [concept] that we’ll ship with the game, and are instead rendering paintings of some of our favorite sketches. These will continue to evolve, but we’re digging them and are making good progress. 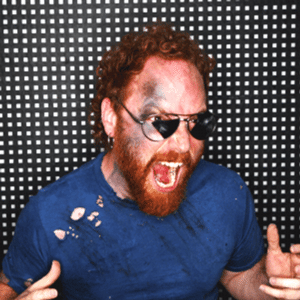 “As before, artist Lauren Saint-Onge and I are looking for a cool ‘Cyborganic’ feel to these guys, and for the game in general. Many of the elements of these blasters will be moving, blinking, and spinning to the music.

“We’re also working on track surfaces and blast effects. For this, we are experimenting with having the pure, musical data encased in a sort of crystalline ‘data-corruption.’ We cannot tell quite yet if it will work well while in motion, but I would love to see while chunks of the lanes get blown to bits as you successfully release the glowing, musical notes.

“Lauren is painting it up and at some point, artist Eric Camara will do some in-motion tests that we might be able to share in the future!” 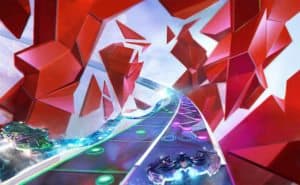 Amplitude’s crowdfunding campaign ended on May 23rd and received $844,127 from 14,112 backers. The video game is known as a “rhythm-action music game” for PlayStation 3 and PlayStation 4 that is based on the 2003 cult classic.

Sharing the exciting news about the project’s success, a Harmonix spokesperson stated, “Going into this Kickstarter campaign, we understood the number of challenges we faced, and at no point did we believe we have a ‘sure thing.’ The outpouring of supper has been incredible and we are absolutely humbled by the response.

“From our fans to our friends in the industry – including the incredible contributions from fellow developers Insomniac Games and the Skullgirls teams – we could not have done this without their support and passion.

“As we’ve said in the past, creating a new ‘Amplitude’ experience has been a studio dream for years. We’re incredibly grateful for the outpouring of support that will make it possible, and can’t wait to make this dream a reality.”