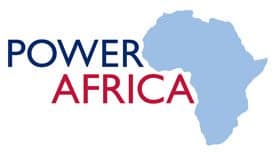 The US Government, under the aegis of the Obama administration, has formally launched Power Africa to increase energy access to those in need in sub-Saharan Africa.  SunFunder is one of the founding partners of the initiative and joins an august group that includes another solar crowdfunding platform Mosaic.

Over an initial five year period, Beyond the Grid is expected to leverage partnerships with 27 investors and practitioners committing to invest over $1 billion into off-grid and small scale solutions for this underserved market. These private sector commitments will help Power Africa meet and exceed its commitment to provide access to 20 million new connections for households and commercial entities, providing electricity to millions of households in sub-Saharan Africa.

Off-grid and small scale energy solutions that generate electricity closer to end users will also bolster productive uses of energy and income generation. By partnering with investors, practitioners, and donors, Beyond the Grid will mobilize new resources, technologies, and expertise to address access to electricity issues in sub-Saharan Africa.

Commenting on the release US Energy Secretary Ernest Moniz stated;

“Beyond the Grid will help to expand the work the U.S. Government is already doing through Power Africa to bring electricity to citizens of sub-Saharan Africa,” said Moniz. “With close to 600 million people without access to modern-day electricity, it is clear that centralized grid access is not a comprehensive solution for these countries in one of the world’s least urban continents. But through solutions including off-grid and small scale energy projects, we can bring electricity to these rural areas.”

Building on the Power Africa initiative’s support for a number of distinct small scale energy projects and small scale solutions across African markets, Beyond the Grid will advance the policy and regulatory frameworks necessary to overcome recurring constraints in the small scale energy space. The framework will also create an effective enabling environment with increasing access to financial and technical assistance historically not available to small energy businesses. Additionally, the framework will incorporate new financial tools such as investment structures that blend donor and private capital, aggregating and de-risking small energy projects in Africa and making them available as a new asset class for investment at scale. The founding partners of the Beyond the Grid include:

Building on the Beyond the Grid framework, the U.S. African Development Foundation (USADF) has teamed up with GE Africa and USAID to launch the Power Africa Off-Grid Energy Challenge, designed to meet the needs of communities not served by the traditional grid. This grant challenge, open from now until June 20, will award up to $1.8 million in grant funding to African-managed and –owned enterprises with renewable energy solutions. This second round of the Challenge is an expansion to all 6 Power Africa countries, from the first round awarded in November 2013, of $600K in grant funding for renewable energy business models in Kenya and Nigeria.

The SunFunder announcement comes just when the energy platform has announced their 6th completely repaid project.