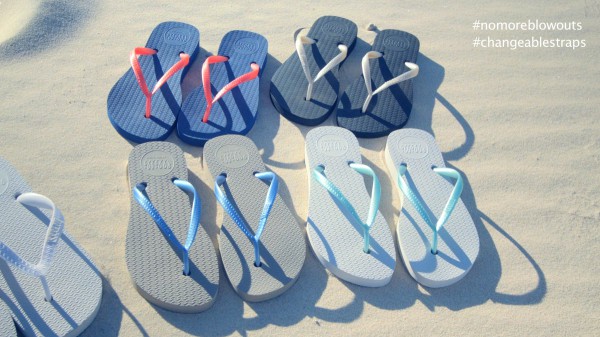 Here is one for the summertime.  Aussie Flip Flop Company “Willi Footwear” has caught the attention of some major media including the Daily Mail and Mashable.  The flexible funding campaign for the new spin on flip flops went live last week and apparently raised $10,000 in the first hour.  Perhaps it was the funny pitch video that showed action video moments of Flip Flop demise.

The crowdfunding campaign set to run until August 22nd is hoping to raise $30,000 and it is over half way there.  The simple concept is for an interchangeable line of flip flops that use a “boomerang” design so the “thong” portion of the sandal does not unexpectedly release causing havoc and mayhem.  Yes you too can stroll the boardwalk without fear if you decide to support this campaign.  The one downside for those of us in the Northern hemisphere is they won’t ship until November 2014.  That means we either need to fly to Australia (or someplace else South of the equator) to truly enjoy the Willi Footwear this year.  I guess we could stomp about indoors as well.. 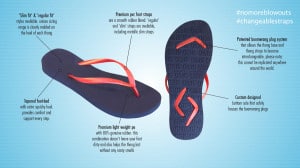 The campaign did receive a couple of “Small Retailer” commits that helped boost the funding count.  We are seeing more of these types of offers as creators are realizing going the wholesale route in the beginning is the quicker way to scale.  Enjoy your summer.