They say,“third time’s a charm” and hopefully this is the case for sci-fi horror video game Caffeine. Australian indie developer Dylan Browne made the first attempt to raise funds for the game on Indiegogo in May, but only raised close to $3,200 of its $80,000 goal. The second attempt was made on Kickstarter, but the game only took home $4,000 of its $70,000. 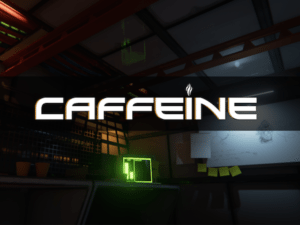 Now, Browne and his team are launching a third crowdfunding campaign on Indiegogo. The campaign launched on Saturday (July 26th) and only has a goal of $5,000.

Caffeine is a “quirky” first person psychological horror adventure game with environmental puzzles. It is set in the near future and the entire population of Earth is vigorously addicted to coffee. A massive space station is built by the biggest corporations and roams the stars mining minerals to create a synthetic caffeine.

You awaken aboard one of these caffeine mining stations alone. You realize that you are a young boy with no memory of what has transpired on this seemingly empty space station.

Caffeine is currently in development and utilizing the power of Unreal Engine 4, which will allow for a very high visual fidelity. At its core, the game is an exploratory puzzle game with a strong focus on psychological horror and lore. 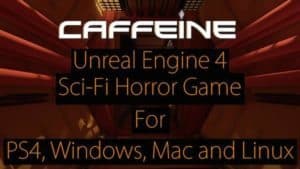 The game supports the following:

The team hopes that Caffeine will be out in the first half of 2015.