Wanderlust Productions—the independent film studio behind the cult hit trilogy “Finger of God”, “Furious Love” and “Father of Lights”—is poised to disrupt the entertainment industry’s long-established business model with the debut of its dynamic new documentary film “Holy Ghost”. Featuring a concert by Jake Hamilton & The Sound, the film’s  World Premiere Experience will be a one-time, live global event on September 6th in which anyone anywhere can see the film—for free.

Funded by 2,500 investors who surged to support Director Darren Wilson’sKickstarter campaign, Holy Ghost raised a record-breaking $360,000 in just 45 days to become the #1 most-funded, faith-based film in Kickstarter history. The film’s producers, who turned to fans to fund Holy Ghost, are now asking 25,000 of their most deeply dedicated fans to crowd-market and promote it with the launch of a new #HolyGhostExperience social media campaign. 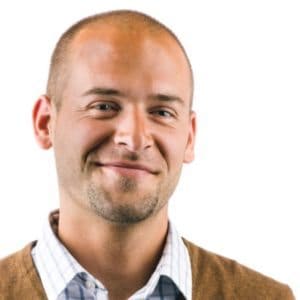 “Our fans crowd-funded Holy Ghost, and now they’re our mass marketing and promotion team around the world. That’s why #HolyGhostExperience has gained instant traction, because tens of thousands are working to bring this project across the finish line,” said Braden Heckman, CEO of Wanderlust Productions. “Every day the Holy Ghost team is working with supporters to spread the word by setting up events, signing up their friends, and engaging within their spheres of influence to give as many people as possible the opportunity to experience this movie.”

#HolyGhostExperience puts the consumer in the driver’s seat, empowering fans to take unlimited steps to promote the World Premiere Experience. Fans have the opportunity to participate by engaging in as many as five easy, seven moderate, and two challenging promotional tasks plus a daily, bonus challenge posed by the Holy Ghost social media team. These include: