Seeking help from others, environmentalists are now turning to crowdfunding to raise funds for not only equipment, but also for their new big ideas. During a recent interview, marketing manager at Australia-based Landcare NSW, Jenny Quealy, reported the company has teamed up with crowdfunding platform Pozible for a new partnership called, Landcare & Environment Collection. 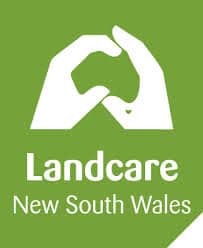 Quealy noted, “Landcare has just recently received 100 expresions of interest, ranging from fish hatcheries, to fish ladders, saving endangered species, to planting trees in bushfire affected areas… or even new sheds. We often don’t think of faring as a creative pursuit, but it is.”

According to Pozible, “In celebration of World Environment Day and the 25 year anniversary of Landcare, Pozible and Landcare are thrilled to announce the launch of a new global crowdfunding partnership: The Landcare & Environment Collection.”

“The Landcare & Environment Potential for matched funds (on the Collect will be a space on both the Pozible and Landcare websites that will showcase and support the crowdfunding campaigns of environmental groups in Australia and around the world.”

Those who launch a campaign on the crowdfunding platform will receive the following support:

25 projects, which includes 15 Australian and 10 international, will be selected for the Landcare & Environment Collect during the Landcare Week at the National Landcare Conference in September. The projects will be featured on the collection during September, before it becomes open to all environment projects in October.

Sharing the backstory of the partnership, Pozible explained, “Landcare approached Pozible a few months ago suggesting it is time environment projects had their own category on Pozible as there are millions of environmental groups around the world and 6000 Lnadcare groups in Australia alone. Environment projects are innovative, impactful, have strong community support and are in need of funding.”

Quealy also revealed those who have innovated ideas they’d like to raise funds for do not need to be tech savvy to a campaign. “The tech side of it has been done for you because the platform sets that up. It’s very simple to go to the website where the Landcare and Environment Collection is and there you can find a very simple form where you can start a project.”