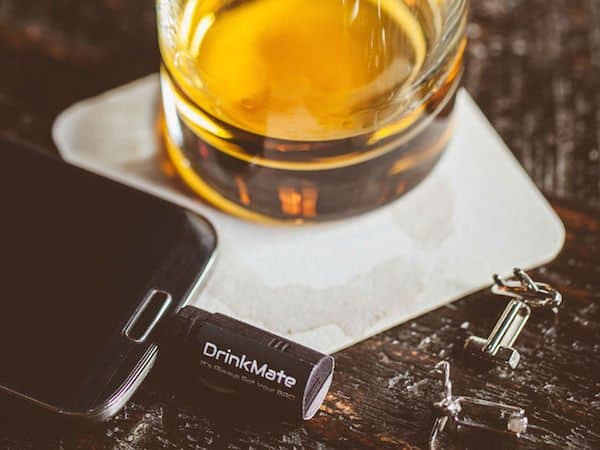 Helping to stop drunk drivers in their tracks, Washington D.C.-based company Edge Tech Labs has launched a crowdfunding campaign on Kickstarter to raise $40,000 for its DrinkMate. The device is a breathalyzer that fits in everyone’s up-and-going lifestyles. 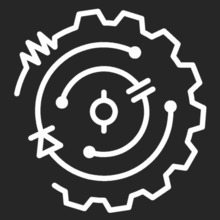 Pitching the product to future backers, the DrinkMate team stated, “Be safe and make the right decisions. That’s the inspiration behind DrinkMate, a new and convenient way to be responsible while having fn. It’s [considered] the smallest breathalyzer in the world! Oh yeah, and it plugs into your Android smartphone to display your Blood Alcohol Content (BAC).”

DrinkMate is only 1.8” long x 0.62’ in diameter and only weights 0.2 oz. Why is so light? This is due to the fact that the device does not have an internal battery weighing it down and making it a pain to put on your smartphone. Without the internal battery, the device has its power supplied entirely from an Android phone through the micro-USB port. The power consumption ranges from 30mA, for steady state, to 80mA during warming, which is only seven-seconds. The team noted that the consumption is negligible for short periods of time on any phone. 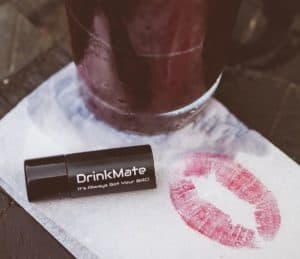 Guaranteed compatibility for the DrinkMate include smartphones such as the Samsung Galaxy S3, S4, and S5; Samsung Galaxy Note 3; HTC One; Motorola Moto X; Asus Transformer Prime, Infinity. The Beta compatible smartphones are the Google Nexus 5 and 7; Sony Xperia Z1 and Z2; Phone or tablet running Android 3.1 or later with USB host capability.

Set to close on September 24th, the DrinkMate crowdfunding campaign has so far raised nearly $22,000 from close to 600 backers.