Setting out to be the next big thing on gaming shelves worldwide, UK-based Battle Systems Ltd launched a £21,000 campaign through crowdfunding giant Kickstarter for its new 3D Fantasy Dungeon Terrain over two weeks ago and now has managed to raise close to £86,000 thanks to its nearly 700 backers. 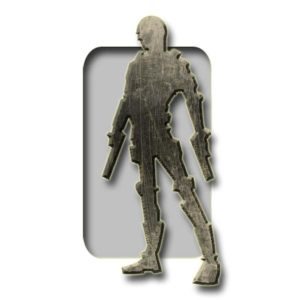 The gaming company, which also launched a Kickstarter last year for its other 3D science fiction terrain system, Sci-Fi Modular Terrain, stated on the campaign’s website, “Due to many requests, we have now designed a line of fantasy terrain based on our modular design, which is easy to assemble with no painting required.

Creators of the new terrain noted that it is ideal for many game systems including:

They also added, “It’s also ideal for sci-fi systems where you might encounter labyrinths and dungeon environments, and is completely compatible with our current sci-fi range.”

The following video shows how terrain is put together and includes strength tests.

In regards to any risk and challenges they might encounter during the project, the team stated, “This is our second Kickstarter campaign, the first being our Sci-Fi terrain, which was successfully funded, manufactured and shipped to our backers. We already know exactly what’s involved in producing this product and we will be using the same manufactures and suppliers. As we design and make the terrain ourselves, we already have a working prototype and this has been play tested as was our Sci-fi range.” 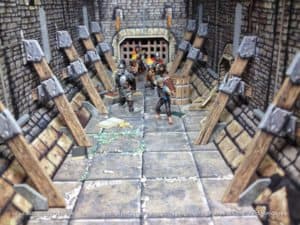 “We know how much it will cost, how long it will take to produce and how much delivery will cost in both time and money. We have taken into account delays and problems in manufacturing and have given the time-scale as a worse case scenario so many customers should get their goods ahead of schedule. Issues can always arise and we are ready for them should anything go wrong.”

“The final product may vary slightly from our prototypes in look and quantity. As with our Sci-fi terrain, we are pushing the manufacturing process to its limits and there may be some components that need adjustment and certain quantities may need to be reassessed if there are problems at the manufacturing stage. Having said that we had no issues in either look or quantity with our last project.”

Potential backers have until September 21st to help fund the project.