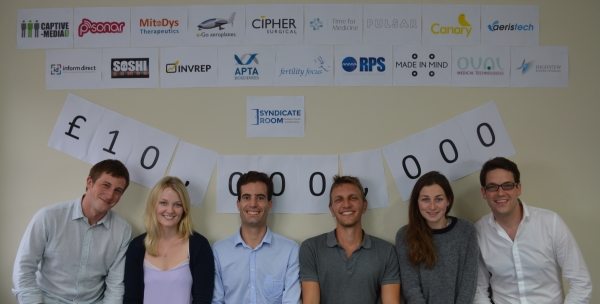 SyndicateRoom, an equity crowdfunding platform that pairs professional Angel investors with retail investors to raise equity for startups and small companies has announced they have topped £10 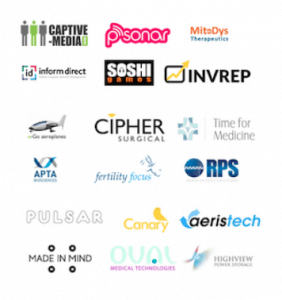 million in total funding raised.  The funding via their platform has been for 18 different UK based businesses.

Simultaneously the site noted that Aeristech, a crowdfunding round that opened last Wednesday, hit their targeted raise in under 24 hours becoming the fastest funding round ever on the platform.  The £10 million hurdle was beat as Highview closed early standing at 193% of their funding target.

As the CEO of SyndicateRoom I would like to thank you, not only for being part of this new era of UK innovation, but also for supporting us in standing up for what is right – greater access to responsible investments into high risk and potentially high return, early stage companies.

I would also like to express a special, huge thank you to the greatest team there could be. No doubt that without them, Tom Britton and I would have never been able to achieve all of this in just under one year.

KnowledgePeers, an independent research group, stated earlier this year that SyndicateRoom was growing at a pace quicker than its peers.  Since the end of 2013 equity crowdfunding overall has grown by about 93% but SyndicateRoom was highlighted as their growth during the same period stood over 200%.  Over 90%  of their offers have funded during the first half of 2014.

SyndicateRoom has differentiated their approach to equity crowdfunding by having deals validated by professional investors prior to opening up the offer to retail investors.  SyndicateRoom would most likely be the 3rd largest crowdfunding platform in the UK following Crowdcube and Seedrs.