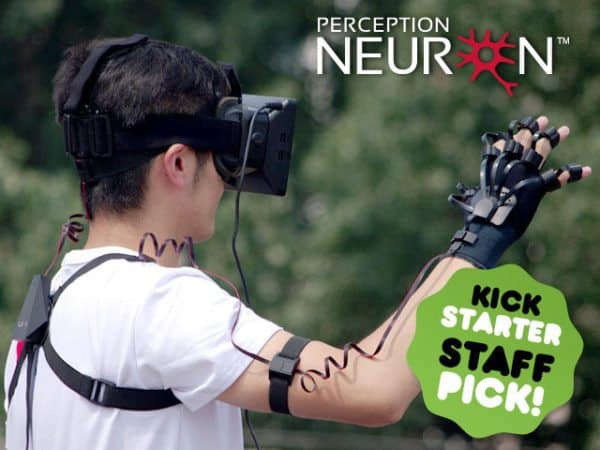 Crowdfund Insider covered this project when it launched back in August. Perception Neuron is capitalizing on the booming interest in virtual reality and for us geeks they have some pretty cool tech. Beijing based Team Perception / Neuron has created an affordable motion capture system by using a super small IMU (inertial measurement unit of course).  Now there are tons of obvious uses for the Perception Neuron product: gaming, sport analysis, virtual reality – and this project is making it affordable, or at least a lot more affordable than it was before.   This will bring the high end film production technology down to a “consumer level price”.

So think about it.  With the Oculus Rift soon to be in every gamers basement there is going to be huge demand for the Perception Neuron product.  If you want to jump to the head of the line – back them now on Kickstarter. Shipping is expected to kick off next February.  The campaign ends tomorrow (September 12th).

Watch the pitch video below.