With the help of 518 backers and 58 days remaining on its Seedmatch campaign, Riboxx has secured over € 597K in

funding for its startup valued at € 9,616,000. Riboxx has evolved since its founding five years ago as a spinoff from the Medical Faculty of the Technical University of Dresden into a highly professional startup.  Today Riboxx’s drug development goes through several phases, which are divided into two major phases: a preclinical phase and a clinical phase. 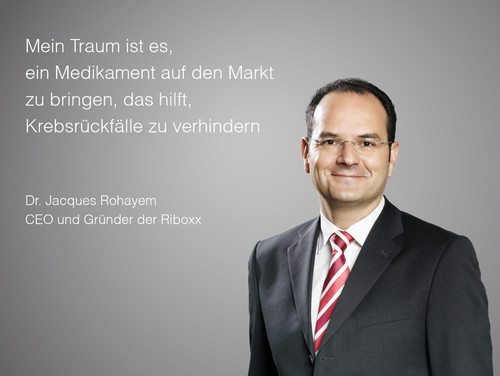 Invented by Dr. med. Hab Jacques Rohayem,  MD / PhD, MSc, MBA., the RIBOXXIM-agent aims to prevent cancer relapse.   Dr. Rohayem is a specialist in microbiology and virology whose work focuses on the detection of viral infections in patients.  According to Seedmatch, “He observed how viral infections lead to a strong activation of immune cells by its medical activities. He came up with the idea to create synthetic genomes of viruses in a test tube and use as an active ingredient for switching on the immune system against cancer. In order to produce the drug, he has developed and patented a unique process. For the invention of the active substance and the procedure Dr. Jacques Rohayem received the prestigious GO-Bio-prize by the German Federal Ministry for Education and Research in 2007 and 2010 with a value of 1.3 million euros each.”

“One of the causes for the development of cancer is a weakened immune system. In fact, a healthy body’s cells constant

change may lead to degeneration. Cancer cells are degenerated cells. In a healthy body cancer cells are recognized and eliminated by the immune system. The current treatment measures are aimed at the elimination of cancer cells, either by surgery, chemotherapy, radiotherapy or hormone therapy. However, often after initial treatment, cancer cells remain in the body. These cause cancer relapses. Cancer relapse have a significantly higher mortality rate than the “first” cancer, partly because classical treatment methods such as surgery are not often used successfully. An innovative approach to eliminate these cancer cells is caused by activation of the immune cells of the body against the remaining cancer cells. And so does RIBOXXIM. RIBOXXIM is an immune switch, i.e., turns off the immune system ON. The activation of immune cells follows the inclusion of the active substance RIBOXXIM. The activated immune cells locate the cancer cells in the body and eliminate them. The use of switches for immune treatment of cancer is called immunotherapy. Though this treatment strategy is still in its early phase, several large pharmaceutical companies in the development of this strategy to treat cancer are very active.” 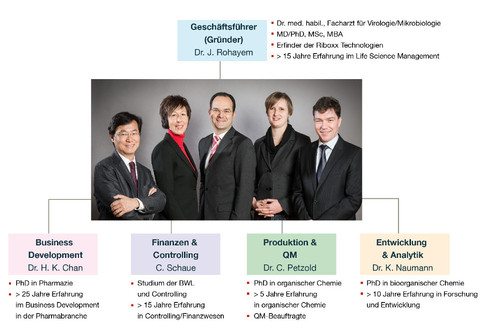