The Australian Tax Office (ATO) has told the Aussie parliament that rewards based crowdfunding campaigns, like those listed on Pozible, Kickstarter and Indiegogo, may be required to pony up taxes on rewards purchased by campaign backers.  This is a question that has surfaced not only in Australia, but in other nations as well.

According to a report in The Sydney Morning Herald, the question of taxes on these types of crowdfunding campaigns revolves around several factors.

“In general terms, GST is only payable by an entity where it is GST registered or required to be, and it supplies something of value in return for a ‘donation’ from a contributor in Australia.

“However, no GST should be payable by the entity where a contributor gets an equity or debt interest in return for the contribution,” the ATO advised. 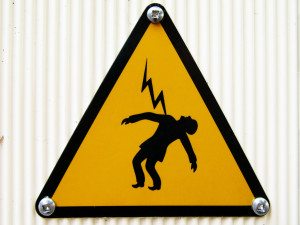 The tax authorities have not yet finalized the approach and questions remain as to treatment of such rewards asking the question whether it is a “donation” or a purchase.  Further clarify is expected in the near future on a shift that could potentially  debilitate what has become a promising path for allocating capital for small businesses and creative projects.

“I’d be concerned if GST treatment hampered crowdfunding and I would certainly like to see the ATO develop its thinking on the issue,” stated Shadow Assistant Treasurer Dr Andrew Leigh.

Inventor and entrepreneur Ric Richardson was quoted on the potential for taxes on crowdfunding;