Historical Concord, Massachusetts’ Louisa May Alcott’s Orchard House, which is known as the home of Little Women, launched a crowdfunding campaign last month on Kickstarter to raise $150,000 for a new documentary. The project has already raised $104,759 from 454 backers. 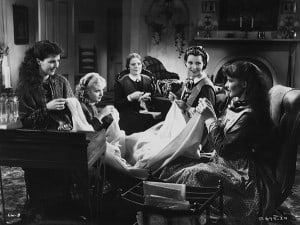 The film will be an hour-long, PBS quality documentary that reveals deep details into the stories of the house, with some dating back to the 1600’s. Some of the tales will include the occupants that lived there before the Alcotts, which include the rescuer of a kidnapped woman and a Revolutionary War soldier. Other information disclosed in the documentary will be about Concord’s rich literary history, the house’s museum, and the behind-the-scene look into the Alcott family and their time in the house.

According to a local Concord outlet, the campaign was created to spread knowledge of the historic home. Executive Director Jan Turnquist will produce a documentary about the building’s inhabitants. She stated, “What really probably gave birth to the idea was the fact that so many people come to Orchard House with amazing stories of the inspiration they find from stepping inside and of course for them, it’s because of the courage that they found within Little Women. I have known for years that there are even more stories of courage in that house. It just seems to be this amazing repository of goodness.” 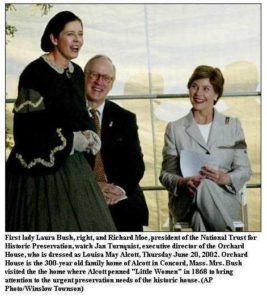 While discussing the house’s popularity on the crowdfunding giant’s platform, Justin King, who will share the role of executive producer with Turnquist, stated noted, “Something very important and very special must be happening if it’s drawing the attention of such a wide range of people.”

King and Turnquist asked Lisa Wolfinger to make a trailer for the film. She shared, “When Justin and Jan approached me, I was immediately interested in the subject because I always loved Little Women. There’s this untold story that we want to explore. The idea is to make the house a character from the beginning to – it’s not the end – but where we’re at now.”

“There’s an enormous amount of research,” King explained. “There’s many different ways to get across these stories. It’s important to tell the full story of Orchard House. The world has changed. Crowdfunding has become a very potent tool.”