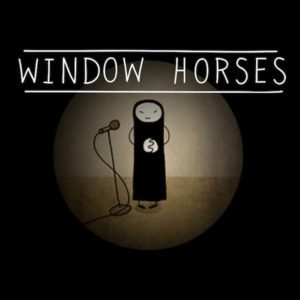 According to its campaign website, Window Horses is a story about Chinese-Canadian poet, Rosie Ming, and her visit to Iran. Ming is invited to perform at a Poetry Festival in Shiraz, but would rather be in Paris. Due to her over-protective grandparent, whom she lives with, Ming has never been anywhere by herself. Once she arrives in Iran, Ming finds herself in the company of poets and Persians, who tell her stories that force her to confront her past, which include the Iranian father she assumed abandoned her and the nature of poetry.

Ming then goes on a journey of forgiveness, reconciliation, and above all, understand, while learning about her father’s past, her complicated cultural identity along with her responsibility to it.  In the end, its all about building bridges across generations and cultures through the poetry.

Explaining more details about the project, Oh and Fleming wrote, “We hope this film will contribute a little more peace, love and understanding to our increasingly complex and conflicted world through art, poetry, history and culture. This is a film filled with poetry and stories. While the narrative of the film is done in one particular style, the poems and histories will be created by different artists, to both accentuate and blend the myriad of differences in cultures, philosophies, time frames and poetry.  It is a film about identity and the imagination.” 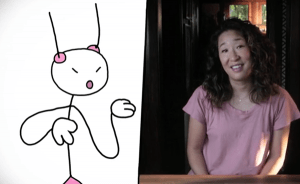 Also sharing the reason behind the campaign, the team shared, “Crowdfunding is a fantastic way for you to support Window Horses and become involved in the project at the same time. It is also a great way for us to know who and where our audience is. You cannot believe how amazingly validating it is to know that there is a community of interest out there who believes in us and wants to help make Window Horses come to life.  It is really humbling.

“And there are some amazing rewards for contributing to this campaign, from social media shout outs and film swag, to meetings with the creative team and actual participation in the animated feature film.  You can even have the reward of… nothing… no updates, no perks, just knowing you helped Window Horses get made.”

Below shows how the production team will use the funds: 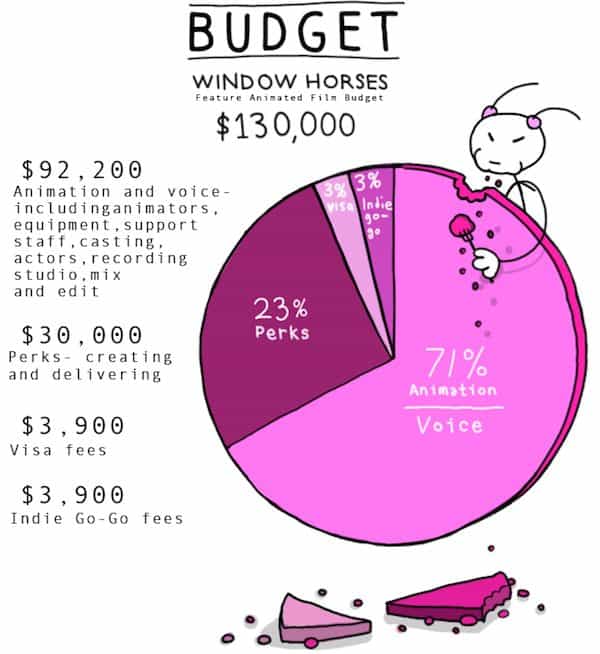 Oh is a Canadian actress and is known for her work on the set of ABC’s hit series Grey’s Anatomy. She was on the show from 2005 to this past spring. Her movie credentials include: Under the Tuscan Sun, Sideways, Dancing at the Blue Iguana, and Hard Candy. Fleming is an independent Canadian filmmaker, writer, and visual artist. She has directed famous film such as: I was a Child of Holocaust Survivors, Big Trees , Gluttony, My Place, Landslide, and Blue Skies.

The campaign is set to close on December 6th.