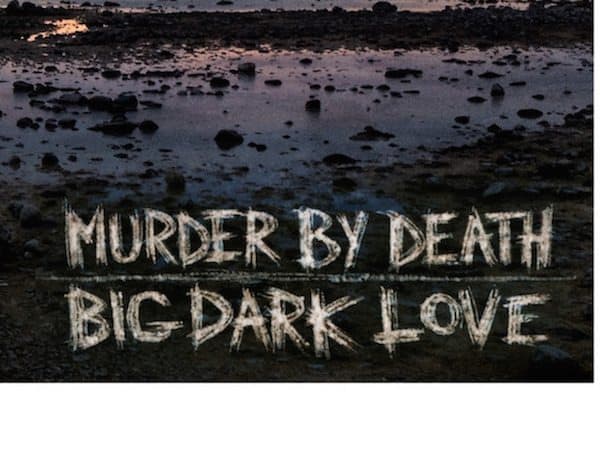 Turning to their fans for support once again, rock band Murder By Death has launched another Kickstarter campaign to raise funds for their new album, Big Dark Love. Just two days after its debut on the crowdfunding giant’s platform, the project has already surpassed half of its initial $150,000 and is currently at nearly $117,500 thanks to over 1200 backers. 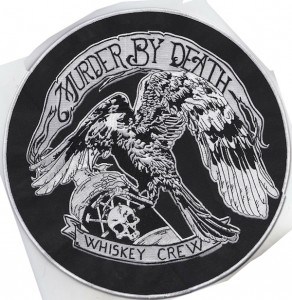 Explaining why they have decided to turn to Kickstarter for help, bandmates, Adam Turla, Sarah Balliet, Scott Brackett, Matt Armstrong, Dagan Thogerson, Alex Schrodt, stated,”By overwhelming demand, you guys convinced us that this is a much more interesting and effective way to pre-sell an album.

“We brought back a few things from the last Kickstarter and also created a bunch of new stuff we thought you’d like.There were moments of beauty that happened with the release of our last record-generous backers-friends making extraordinary gestures, and overwhelmingly positive reactions from everyone involved. Let’s see what happens this time!”

Sharing more details about the project, the group noted,”This Kickstarter will focus on the production and release of our 7th full length album Big Dark Love as well as Framed: The Poster Art of Murder By Death – an art book that chronicles the history of our tours through the posters we have collected in almost 15 years of MBD shows. The artists are being paid for the use of their art and this will be a limited printing for Kickstarter that will not be available in stores. 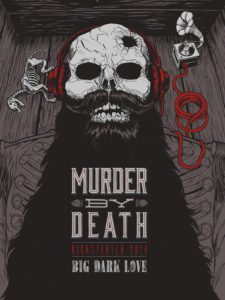 “Adam has saved one of every poster he could get his hands on, and Framed: The Poster Art of Murder By Death is a collection of our favorites. The book represents 15 years of everything from photocopied handbills for house shows to beautiful glow-in-the-dark prints used to promote theater gigs. It also has essays by the band and several screen-printers/artists.

“By being a backer you also support reprinting our older albums on vinyl. We release all our vinyl, and maintaining the space and organizing deliveries is expensive. The last Kickstarter helped us reprint those albums, and we’re running out of stock again! We want to continue to create beautiful vinyl records, so we thank you for facilitating their production and hope you continue to enjoy them.”

In regards to rewarding those who have supported their 2012 campaign, the bandmates revealed, “We want to acknowledge the people who supported our last Kickstarter. Anyone who supports this pre-sale who was a backer last time will get bonus tracks [through] digital DL of B-sides/acoustic version of songs from the new record.”

Murder By Death’s crowdfunding campaign is set to close on December 5th.