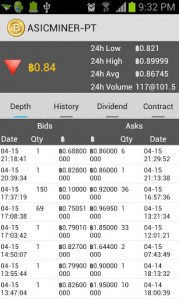 The Securities and Exchange Commission has shut down two online virtual currency trading platforms that were creating markets in Bitcoin and Litecoin.    The sites were cited as operating without registering as broker-dealers or stock exchanges.  The sites were actually turned off in late 2013 by programmer Ethan Burnside.

The  SEC stated that Burnside “significantly cooperated” with the SEC’s investigation and agreed to settle the case by paying a penalty of over $68,000.  The amount was a derivative of his profits plus interest and a penalty.  Burnside has been barred from the securities industry.

“Burnside operated two online enterprises that weren’t properly registered to engage in the securities business they were conducting,” said Andrew M. Calamari, Director of the SEC’s New York Regional Office. “The registration rules are vitally important investor protection provisions, and no exemption applies simply because an entity is operating on the Internet or using a virtual currency in securities transactions.”

Without admitting or denying the SEC’s findings, Burnside and BTC Trading Corp. consented to cease and desist from committing or causing any future violations of the registration provisions.

Burnside agreed to be barred from the securities industry with the right to reapply after two years, and he must pay $58,387.07 in disgorgement and prejudgment interest plus a penalty of $10,000. The penalty amount reflects prompt remedial acts taken by Burnside as he cooperated with the SEC’s investigation.