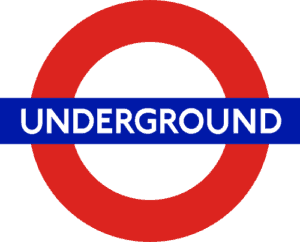 The UK Financial Conduct Authority (FCA) has published a release stating that former Blackrock employee Jonathan Paul Burrows has been banned “from performing any function in relation to any regulated activities for not being fit and proper”.

“Burrows held a senior position within the financial services industry. His conduct fell short of the standards we expect. Approved persons must act with honesty and integrity at all times and, where they do not, we will take action.”

According to the public release, Burrows was a Managing Director at Blackrock Asset Management Investor Services Limited. On 19 November 2013, Burrows was stopped by a Revenue Protection Officer at the exit gates of London Cannon Street Station and was found to have failed to purchase a valid ticket for the entire journey whilst travelling on the Southeastern train service from Stonegate railway station, East Sussex. Burrows was interviewed under caution and admitted to evading his rail fares on a number of occasions.

On the occasions on which Burrows failed to purchase a valid ticket he boarded the London bound train at Stonegate, a rural station with no barriers, without purchasing a ticket. Once he had arrived in London he exited through the barriers at Cannon Street Station by “tapping out” using an Oyster travel card, paying the maximum fare of £7.20 rather than purchasing the required ticket for £21.50.

Burrows admitted to the FCA that he had evaded his train fare on a number of occasions and had done so in the knowledge that he had been breaking the law. The FCA does not consider that this is fit and proper behaviour for an approved person.

Burrows also admitted in interview that he did not disclose his behaviour to his employer. Although the FCA is not penalising Burrows for not informing his employer the FCA has taken this into account, amongst other things, in deciding what action to take.

There is a moral to this story somewhere.