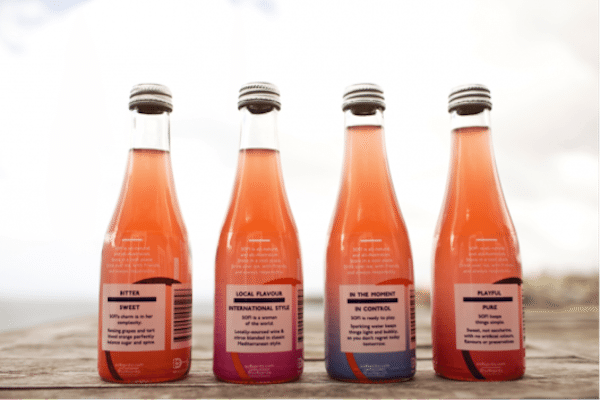 Last spring, Sydney entrepreneur Tommy Maclean hit Australia-based crowdfunding platform Pozible with a new startup called Sofi Spritz. This company produced an all natural, All Australian take on the classic Italian spritz. During its run on the website, the project surpassed its initial goal of $10,000 and raised $11, 410 thanks to 133 backers. Now, Maclean is ready to share details about his experience using the funding method. 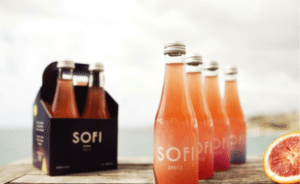 During his interview with Bluewire Media’s Toby Jenkins, Maclean shared some details about Sofi Spritz and its development. “Armed with the inspiration and memories of travels through Italy, I dove into months of research into wine making, juices, extracts, bottling and distribution. The end product was Sofi Spritz. It was inspired by the Italians’ love of aperitivo – Sofi is made with blood orange and bitters over a Riesling base with a dash of sparkling water.

“Soon after coming up with a prototype, I teamed up with Simon Gilbert, a 5th generation master winemaker, to get the taste just right. Through friends, I was introduced to Charl Laubscher of Love & Money for the branding & design and Erika Geraerts of Willow & Blake for social media & copy. With the team in place, and the product already testing very well at local farmers’ markets, it was time to launch a $10,000 Pozible crowdfunding campaign to fund necessary packaging improvements that were required for me to get the national distribution.”

Discussing his time on Pozible, Tommy explained,”We decided to run a crowdfunding campaign for SOFI after testing the market on a small scale – primarily in Bondi, Sydney.  We were getting fantastic feedback from farmer’s markets and in-store tastings but knew that we would need to grow towards national distribution for our little girl to survive in a market dominated by the big boys. 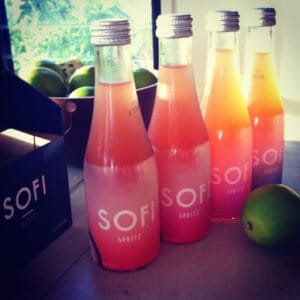 We wanted to change the packaging format to fit online sales and our belief was that a Pozible campaign would not only help to fund the necessary packaging improvements, but it would also give us an opportunity to tell the story behind SOFI and to prove that there is a market out there, waiting for her.”

Also sharing how bloggers and social media helped the campaign grow, Maclean shared, “We contacted bloggers as soon as we launched the campaign. We emailed as many food and drink bloggers as we could find – providing the background, links to the campaign and offering free samples (a 4-pack and a lime for serving).

“Many accepted the samples and the reviews were overwhelmingly positive. This certainly helped push the campaign along and provided valuable ongoing PR.  We sent out an update to our campaign summarizing all the blogger posts which helped to give some independent verification of the taste.

“We thought hard about the best way to approach personal networks. We wanted to make sure they were aware of the campaign but certainly didn’t want to hassle or come across as pushy. We also needed to make sure that they were aware of the crowdfunding deadline (which we set at a fairly short 20 days)  and hoped they might help to spread the word on our behalf. The most effective thing we did was create a Facebook Event which coincided with the end of the campaign so people knew not to put off participating or they would miss the cut-off. 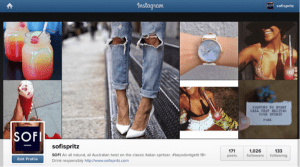 “The main advantage of a Facebook Event was that friends could opt out and would not receive updates so it avoided harassing those who weren’t keen.  Those who were interested would automatically get updates that the end of the campaign was approaching as we put the “event” at the time of the campaign completion. This did cause a little confusion as some supporters thought there was a party somewhere at that exact time! Emailing all friends & family was also crucial.  We avoided a bulk group email and contacted each individually in a relaxed way – just linking to the campaign and inviting feedback.”

“We put time and effort into telling SOFI’s story using plenty of photos from our social media which is focussed on Instagram to break it up and make for an easier read. In fact, post-campaign feedback from Pozible was that we had too many images. We thought pictures were crucial to convey the lifestyle and occasion of drinking SOFI and felt that including lots of pics was the only way to do this. We wanted the copy to come in under 600 words to limit reading time to a manageable couple of minutes and we wanted it to be informative but entertaining and hopefully, a little funny. 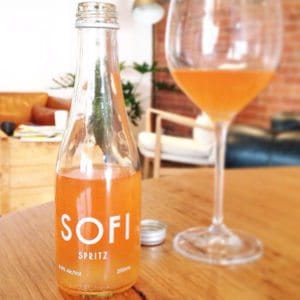 Also discussing the disadvantages of his marketing plans, Maclean said, “I wish we had taken photos and videos of the first steps (e.g. focus groups with girlfriends, the many prototype iterations, the final production and winemaking process). This could have all been compiled at the end to create the all-important video. This also would have allowed us to bring potential backers along on the journey of initial product development.”

In regards to the funding method and if it was worth using, Maclean noted, “Definitely. We funded significant packaging improvements: – a new 4 pack, a new carton and a new bottle and suggested serve. And ultimately backers from all over the country have been able to share SOFI with their friends.

“We now have national distribution in place with Dan Murphy’s, Kemeny’s and our growing network of independent retailers, and we can’t wait to introduce SOFI to the rest of the WORLD! Much of our success to date would have been far less likely without the Pozible campaign and we are now super excited about the summer to come.”