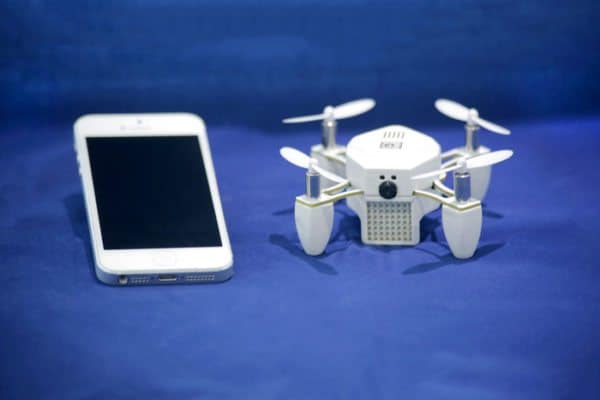 I have come to the conclusion we will all soon own our own personal drones.  No longer the realm of futuristic films, smart drones (or somewhat smart drones) are now a reality.  Attending WakeStock this past summer I was impressed to see the aerial acrobatics all captured up close with a remotely controlled camera in a hovering drone. Crowdfunding has played a significant role in the popularization of these new devices too. More than a few have raised funding, and awareness, by leveraging rewards based crowdfunding platforms. While the ubiquitous nature of smartphones sporting high tech cameras and photography apps has defined a decade of selfie photos – drones are on deck and will be the next big thing in photography. 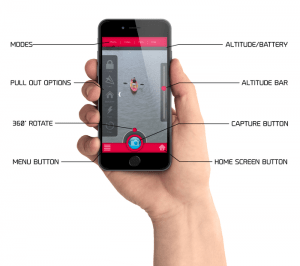 Today we have Zano crowdfunding on  Kickstarter.  The project recently topped Hexo+, another highly popular drone project, to become the most funded drone on Kickstarter ever.  Having raised over $1.32 million today and plenty of time left in its campaign, Zano still has a long way to go in funding as it is scheduled to close on January 8th.

Zano is a product envisioned by the British company Torquing Group. They have developed a range of intelligent nano Unmanned Aerial Vehicles (UAV) targeting the military and law enforcement sector.  Organizers want to bring their technology and approach to the consumer market and the Kickstarter campaign is leading the charge.  Torquing wants to be the market leader in “autonomous, intelligent and swarming Nano Unmanned Aerial Systems (UAS).  The swarming part alludes to the objective of allowing many Nano UAVs work in concert capturing photos and videos simultaneously from different angles.  Pretty cool. 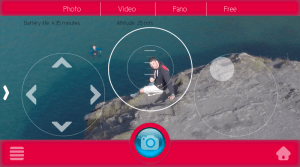 The Zano is smart because you “task it” as opposed to flying the device.  The small package hides a ton of tech including wifi, HD camera, GPS, Barometric Pressure reader, IR Obstacle avoidance, image stabilization, and more.   And everything fits in the palm of your hand.  The algos are designed to adjust for wind too – with the ability to reverse motors from one direction to the next in less than 200 miliseconds. That’s fast.  Is it resilient?  Well the creators stated they have done the free fall test with the prototype and it has held up pretty well.  Zano is programmed to avoid such situations – but we all know collisions eventually will occur.

Zano has a quoted top speed of 25 MPH and an estimated flight time of 10 to 15 minutes.  Kickstarter backers who purchase a Zano can receive a second battery along with the flying device so you can double that right  out of the box. 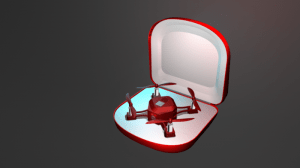 Interested?  Many drones drain the wallet but Zano is priced for perfection.  Back this crowdfunding campaign on Kickstarter for only £149 and you will be on the list to receive a Zano this coming June.

An encouraging fact about the project is Torquing states they are 100% confident in delivering their product.  With a working prototype in hand they have already lined up a manufacturer Zano for their Kickstarter backers.

Watch the video below and see the Zano in action and if you choose to back this project – you will never have to ask a stranger to shoot your keepsake photo ever again.