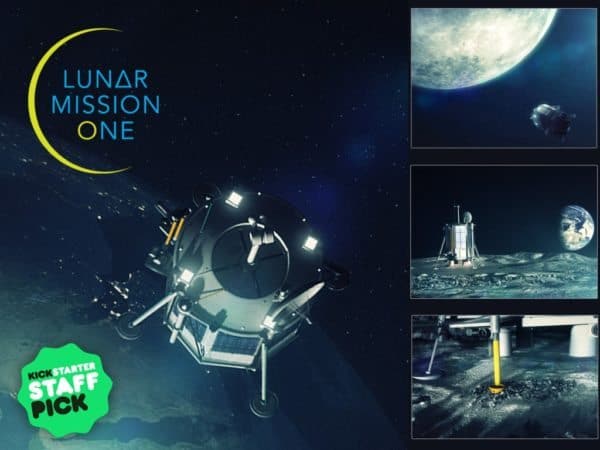 Kickstarter staff pick and space fan favorite Lunar Mission One successfully hit its crowdfunding goal raising over $1 million with the support of over 7200 backers.  Called the “most inspirational mission to the moon since the Apollo landings” the crowdfunded project hopes to send a unmanned craft to the South Pole of the Moon exploring previously uncharted territory.  Organizers want to drill into the lunar rock, potentially as deep as 100 meters, exploring geological composition of the Moon dating back up to 4.5 billion years.  The objective is to improve understanding of the Moon and thus our very own planet Earth.  While not the first space project to seek crowdfunded funds this one is perhaps one of the more achievable. 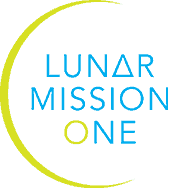 The campaign backers or “Luminauts” as they have been named by the organizers were thanked by the creators;

“We’d like to say a BIG THANK YOU to all of you. The support we have received from you all has been sensational and has really pushed us on through this campaign. We look forward to working with you over the next 10 years.”

In January, Lunar Missions Ltd. will assemble the project team and plan the forthcoming months all managed by RAL Space.  In ten years time, they intend on launching their rocket into orbit carrying the Lunar Missions spacecraft.  The craft will land and commence drilling, a process that is expected to last 3 to 4 months. Analysis of the samples will be completed with a suite of tools incorporated into the hardware and piped back to Earth. Contingent upon the overall success of the project, organizers may arrange for a return mission funded by the Lunar Mission Trust.

Backers of the project may receive the opportunity to be part of a digital memory box left on the satellite.  This virtual memory box will allow the backer to upload anything he or she may want to reserve their “place in space”. 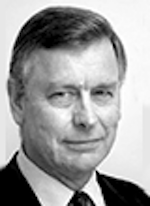 David Iron is a former Royal Navy Engineering Officer who has advised on hundreds of technology projects – specifically in the space sector.  He originated the commercial and financial structure for the UK’s £2.5 Billion Skynet 5 PFI military satellite communications service, and was the lead PPP adviser to the European Commission for its €8Bn Galileo satellite navigation program. So you can say he knows his stuff.

While ten years may be a long time to wait for results the profound support achieved by the campaign is indicative of the broader public curiosity and willingness to support such endeavors.  Who knows maybe technology will speed up the process and the trip to the moon will be accomplished ahead of schedule.