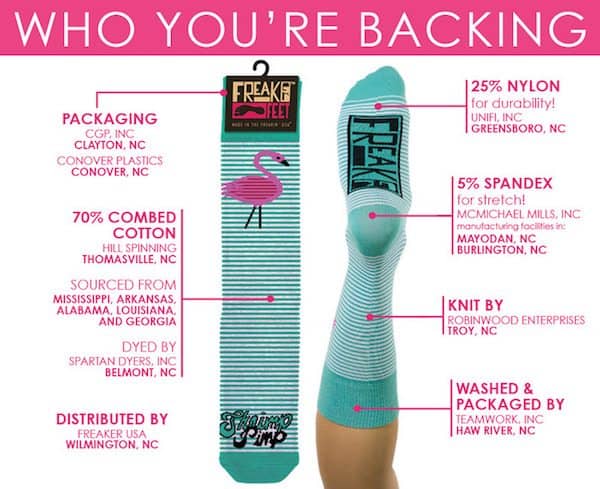 One of the wildest contestants ever on ABC’s Shark Tank, Zach Crain, founder of Freaker USA is returning to Kickstarter, where his 2011 video was hailed as “the holy grail of Kickstarter videos” by the crowdfunding platform itself. 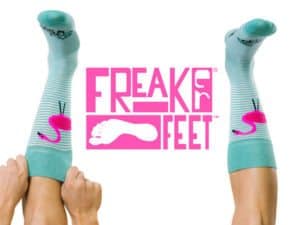 On Thursday (January 1st), Crain and the Freaker USA team launched its crowdfunding campaign to seek $250,000 so that they can begin production of the company’s high-quality line of socks that are 100% designed, sourced, and manufactured in the USA. The 6-minute video pitch is the company’s most outrageously entertaining video production yet.

Freaker USA’s quirky line of ultra-stretchy beverage insulators can now be found everywhere from independent gift shops and boutiques to major national retailers. The company is expanding into socks, an import-dominated industry, in order to further support manufacturing in America. Crain added, “Let’s team up! Let’s go after the sock industry that’s 99% overseas. Socks don’t need to have a 20,000 mile footprint. Let’s bring these jobs home.”

Freaker Feet will have 127 sock designs in total, including officially licensed collegiate, boutique styles, a design for each of the 50 States, and one for almost every football fan.

Since its debut on the crowdfunding giant, Freaker’s crowdfunding campaign has raised over $22,000 from close 450 backers. It is set to close on February 10th.