Turning to the crowdfunding method for the second time, New York-based singer and songwriter Julia Nunes has launched Kickstarter campaign. Originally seeking only $25,000, the “Stay Awake” songstress has already raised close to $41,000 thanks to nearly 800 backers. 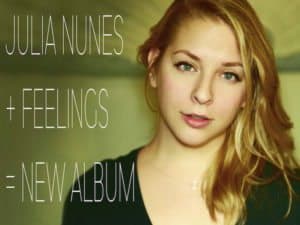 Sharing details about the project Nunes stated,“I felt a whole bunch of things and then wrote 9 million songs and then recorded 11 of them. 2014 started with a gut-wrenching break up. It was awful but so important. I made the decision to live my life a little better, prioritize myself, and music, and honesty. I did a whole bunch of changing moved to LA, started getting healthy, got a lot happier, and wrote songs through out the whole year.

Everything from when I was working up the nerve to leave, to the feeling of falling in love again, I’ve done my best to encapsulate in song. Hopefully you’ll cry to the former and dance to the latter. This year was bananas but I have an album that I’m incredibly proud of to show for it.”

Some of the project’s rewards include: 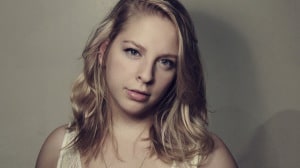 Revealing why she has hit the crowdfunding giant for a second campaign, Nunes noted, “This is my 2nd Kickstarter and I’d like to think I’m older and wiser now. I made the rewards list really simple and have precise plans on how I’m going to fulfill them. Plus I have the wizards at Undertow Music Collective on my side this time. I’ll be hole up in their office signing all those CDs and taking all those polaroids. The most exciting challenge is the unknown of this next year. The plan is to make a bunch of music videos and go on a gigantic livingroom tour. I can’t wait to see what else comes my way.”

Nune’s campaign on the crowdfunding giant is set to close on February 5th.