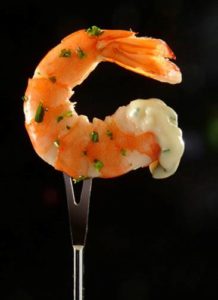 2015 may be well under way, but Plant Growth Net Zero Aqualife, a completely organic, non-GMO, self-sustained shrimp farm, is still counting down: 12 more days before its Crowdfunder / Return on Change crowdfunding campaign closes on Jan. 31, 2015.

The San Diego-based company seeks to produce high-quality organic shrimp at a low cost of production—without emitting any waste or pollution, or consuming any water or energy (known as a closed-loop system). The resulting product will also be fully compliant with Whole Foods’ requirements, according to the project’s Crowdfunder profile.

Think back to that delicious tandoori shrimp, shrimp scampi or shrimp and avocado taco you may have eaten last week: Chances are 91 percent certain that the shrimp didn’t originate in the United States. Most shrimp are imported from outdoor aquaculture “farming” programs in Asia and Latin America, and more than 99 percent of U.S. shrimp are susceptible to disease, contamination, pollution, pharmaceutical substances, according to Net Zero Aqualife’s crowdfunding campaign.

Currently, the campaign has 200 Crowdfunder followers, and its top investors are Net Zero Enterprises’ chairman/CEO and its president for the Americas, as well as Ericsson’s head of prime integration services and a coach who was also a former Davis-cup player for Denmark, according to their respective Crowdfunder profiles.

Net Zero traces its roots back to 1943 when the company invented the Thermal Block material in Sweden. Over the years the Net Zero Solution has evolved and now encompasses optimized energy solutions for renewable energy clusters, Biofuel plants and land development with the ultimate goal of building them carbon neutral (or carbon negative) and self sustainable, in other words, Net Zero.